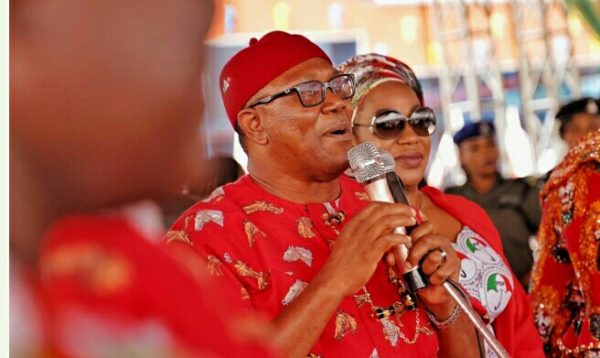 Peter Obi, the vice presidential candidate of the Peoples Democratic Party (PDP) is not suffering from heart attack, Senator Ben Murray-Bruce has said.

Mr Obi, a former Anambra State governor, was reported to be suffering the afro-mentioned illness and was admitted in a private hospital within the state.

The report said plans were been made to fly the former governor out if his health condition refuses to improve.

Although, Valentine Obienyem, media aide to Obi had already debunked the rumor, the Bayelsa East lawmaker said what the PDP vice presidential candidate suffered from was Malaria and not the reported heart attack.

The Senator said he got wind of the information after placing a telephone call to the former governor.

“I spoke to @PeterObi,” Mr Murray-Bruce said in a tweet on Wednesday.

“Yes, he had malaria, but he is now fine. Nothing like a heart attack. He is full of enough life to give those who wish him dead a panic attack.

“Peter, we celebrate you and your contribution to Nigeria. May you remain with us for a very, long time,” the Senator added.