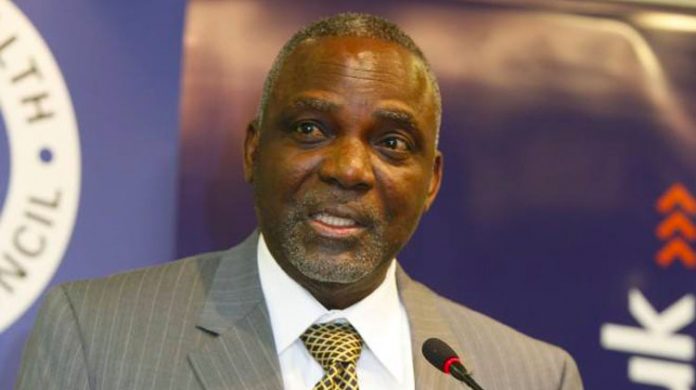 The former Minister of Power, Prof Barth Nnaji has disclosed how he rejected free gubernatorial tickets offered to him by different political parties in Enugu State because of his resolve to support the governorship aspiration of the candidate of the Peoples Democratic Party, PDP, Dr. Peter Mbah ahead of the 2023 general elections.

Speaking in his hometown of Umuode, Nkanu East local government area, on Saturday night when Mbah paid him a courtesy visit, Nnaji said he remains a staunch supporter of the PDP gubernatorial flag-bearer, stressing that he is bound by the memorandum of understanding (MoU) he signed with Mbah and other PDP governorship aspirants before the May 25, 2022 primary election to support whoever emerged from the party’s primary.

The former minister who recalled how many political parties pestered around him, offering their governorship tickets, said he emphatically told them he would not be contesting against Peter Mbah whom he had earlier assured of his support.

Citing the importance of leadership and integrity, Prof Nnaji said he would never join those working the opposite direction from their collective agreement, saying the letters of the MoU prepared by the Nkanu East Leaders Consultative Forum, a body which he led ahead of the primaries, and signed by the gubernatorial aspirants of the PDP in the state was binding on them and should serve as their conscience. According to him, “you don’t abruptly abandon your direction for another direction”.

Nnaji who went memory lane on how the journey towards the Nkanu East gubernatorial project was conceived leading to the voluntary signing of the MoU, said he was asked to lead the Consultative Forum that lobbied stakeholders and the people of the state to consider the state of underdevelopment of the council area, adding that he would never abandon the project for anybody.

“My colleagues on that journey are here. We bonded together. We worked hard. We consulted people, and we visited our governor as part of that. We visited him before we started and we visited him after we had finished to report to him. It was a very wonderful thing.

“After going with my colleagues to plead with the leaders of Enugu State to bring the governorship ticket to Nkanu East, telling them why it’s so critical, that Nkanu East is such a deplorable environment, not even one good road any where. No federal institution. No state institution other than schools. The people of Nkanu East who want to access their headquarters have to pass through many other local government areas, like four or five, and they ply them all the time. So we said it’ll be good for the state to give us the opportunity not just only for Nkanu East but for us to have it on behalf of the state to also enable them do something in their areas. That was the message, and it resonated.

“One of the things we said to ourselves was, this could be a new beginning. Let’s use this as a way to show how we can work together in Nkanuland. That’s what we agreed upon. It’s always good to know that when we are moving, you don’t abruptly abandon your direction for another direction.

“It got to a point where we were told we would do MoU. Eventually, it was in our home; my own team (Nkanu East Leaders Consultative Forum) that did the MoU to back whomever emerged from the process.

Nnaji further said he was one of the happiest persons in the state with the governor’s support for Mbah to lead the state, reiterating his earlier commitment to back him to the fullest.

“So I wasn’t unhappy when my brother (Dr. Peter Mbah) was selected. I was totally blessed as I did bless that night. That night I sent you a message congratulating you and pledging to support you. That agreement, that support stands,” he reassured Mbah and his entourage.

Dismissing the news on social media that he had joined the Labour Party or any other party as fake and untrue, Nnaji said even though they came to him with their tickets, he outrightly rejected them because he stood by the agreement to support Mbah.

“People say all manner of things on social media and if you’ve not been around in the political terrain, you’ll just swallow what you think to be the truth. If you’ve been around long enough there are things you don’t even need to respond to, listen to because they are just what they are,” he noted.

While congratulating the Enugu State governorship hopeful, Nnaji said he would continue to work with him and further charged his followers and supporters to join the PDP moving train for the successful prosecution and successful outcome of the election.

Speaking earlier, Mbah expressed his profound gratitude to Prof Nnaji for the reception and for his support, stressing that history would not forget the invaluable role he played in ensuring that the ticket came down to Nkanu East.

Addressing his host, Mbah said: “when the eligibility argument was raging, when we had people from all parts of the state; we had people from the West who said it was their turn to become governor. We also had some people from Enugu North senatorial district clamouring. And in the East we were also ardently advocating we were blessed with people with capacity. At that point you took a very critical step. You did not only acknowledge that it was the turn of Enugu East senatorial zone, but you actually went a step further.

“The Nkanu East Leaders Consultative Forum was constituted and you became the face of that Consultative Forum. You had a mission and that mission was clear. That mission was that because you assumed that the issue of the next governorship coming to Enugu East was given, it was also very important to you that it was narrowed down. You went on arguing about years of deplorable state of infrastructure that we had to endure in Nkanu East.

“I also know that in the process when you got a lot of people who also became proponents of the mission, some of those people also began to take bruises because they believed in and argued for it. These are not people from Nkanu East but elsewhere.

“When on the 25th day of May, 2022, your wish and indeed of that mission which you led eventually came to fruition, I recall vividly that you were one of those who did a press release congratulating me and also pledging your unflinching support.

“I think it’ll be difficult for history to be written without posterity recognizing the role you played, if by the grace of God, we eventually become the next governor of Enugu State come May 2023.”