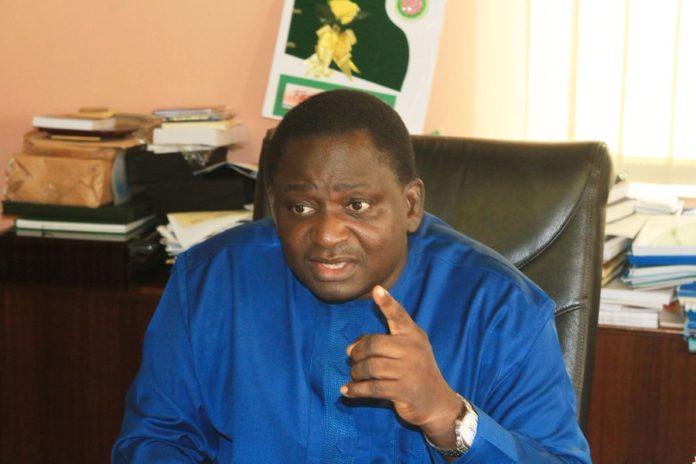 Femi Adesina, spokesman of President Muhammadu Buhari, says Nigerians brought all the evils bedeviling the country upon themselves.

Mr Adesina stated this late Thursday in one of his weekly articles while condemning the rising attacks on trains by bandits, particularly in Northern Nigeria.

“But the role of some Nigerians in perpetuating anomie in the country is worrisome,” Mr Adesina alleged. “Through their tongues. They say evil about the country, utter negativity, thinking they are saying it against the government of the day.

“I mean even bishops, pastors, imams, commentators, talk show hosts, all sorts. They are engaged in war of tongues with Nigeria. They don’t know that the more they say it, the more evil happens. The cup fills up, and runs over.

“Let’s change our tongues. Change our hearts about our country. Out of the abundance of the heart, the mouth speaks. Let’s begin to bless our country, rather than curse, and sow negatives in the hearts of people,” he appealed.

Since his principal took over in 2015, insecurity has taken a new dimension with increased killings by violent pastoralists, kidnappings, poverty, fuel scarcity and high prices of commodities and corruption.

Nigerians across the country are killed and abducted on weekly basis by bandits and violent herdsmen said to be the president’s kinsmen.

The effect of the president’s shoot-at-sight directive to the military has not been felt, particularly in the Northern region where the criminals operate unchallenged.

Under Mr Buhari, poverty soared high with rising inflations while the country sank deeper in corruption as analysed by Transparency International.

Fuel scarcity continues to bite harder across the nation despite the incumbent administration promising, during campaign, to revive and build new refineries each year. None has been done, seven years after.

The outgoing administration recently blamed the Coronavirus pandemic and ongoing Russia-Ukraine war for its inability to fix the Ajaokuta Steel company which has the capacity of reducing unemployment.

The Buhari administration has also continued to play down high corruption cases once the alleged culprits join the ruling All Progressive Congress (APC).