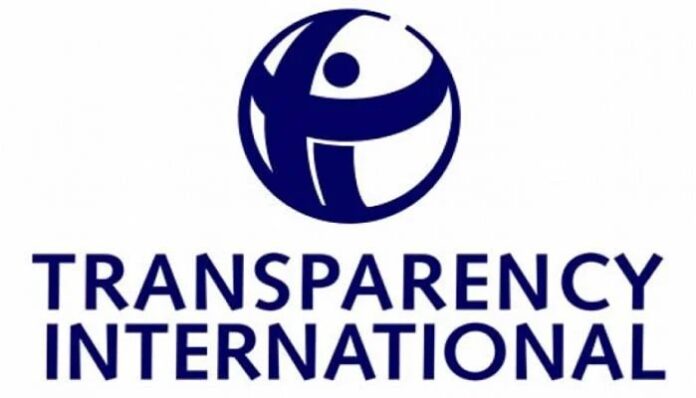 Nigeria has dropped one place in the 2021 Corruption Perceptions Index (CPI) ranking released on Tuesday by Transparency International (TI).

The country also scored 24 out of 100 points in the 2021 index, according to the latest report on its website.

It is Nigeria’s second consecutive year of a downward spiral on the TI’s CPI ranking, the country’s score having dropped from 26 in 2019 to 25 in the 2020 assessment, and further to 24 in the latest 2021 record.

The CPI is TI’s tool for measuring the levels of corruption in the systems of various countries around the world. The maximum points a country can score is 100 points, and the least is zero. Zero signifies the worst performing countries and 100, the best-ranked.

In its latest ranking, Nigeria sank 154th position out of the 180 countries surveyed, leaving its last position of 149th which saw it emerging the second most corrupt country in West Africa in 2020.

The ranking may be an indicator that corruption in the country has gotten worse over the years.

However, the Nigerian authorities, on the other hand, have always criticised any unfavourable TI’s reports that point to worsening corruption in the country.

It claimed last year, in reaction to the 2021 assessment, that TI was unaware of President Muhammadu Buhari’s administration’s achievements in the battle against corruption.

The Minister of Information and Culture, Lai Mohammed, had stated that the (TI-CPI) does not reflect “the great strides by the country in its fight against corruption.”

The minister also questioned the source of the data used for the TI ranking.

He said, “For instance, following the release of the 2019 TI-Corruption Perception Index, the government initiated reforms to improve on Nigeria’s Ease of Doing Business indices. This is because we found that up to 40 per cent of the country’s corruption perception survey indices relate to business processes and general public service delivery processes.

“Government’s swift action has led to major reforms in the processes at our ports and business process points.”