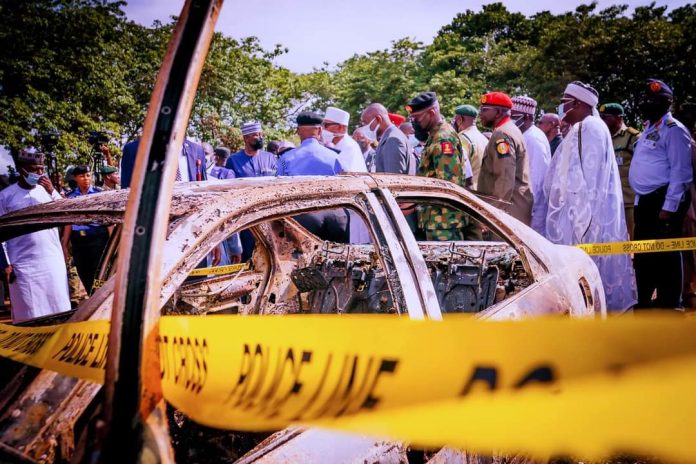 A factional Islamic terrorist group fighting to ditch the secular state of the country has claimed attacks on the Kuje Correctional Center late Tuesday night.

The Islamic State in West Africa Province (ISWAP) in a video released through Islamic State A’maq agency claimed it masterminded the jailbreak that led to the escape of hundreds of inmates, including over 60 of their members.

The thirty-eight seconds clip showed members of the terror group in a facility suspected to be the one attacked at midnight with shouts of Allahu Akbar while gunshots rent the air.

Automobiles in the vicinity could be seen up in flames as the operation went on unchecked.