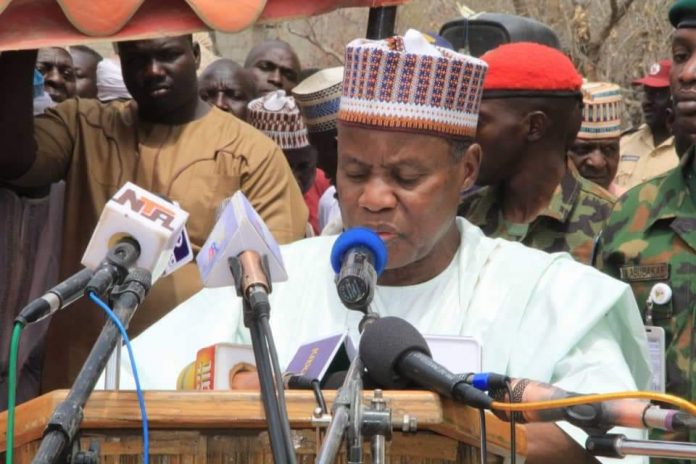 Bashir Magashi, the minister of defence, says 64 Boko Haram terrorists detained at the Kuje Correctional Center in Abuja are at large after the late Tuesday attack at the federal prison.

Mr Magashi stated this on Wednesday while briefing newsmen after assessment tour of the facility where over 300 inmates escaped.

He said members of the terrorist group in their numbers invaded and bombed their way into the facility at about 10:30pm with heavy firepower.

“Most likely, they are Boko Haram members because we have a sizable number of Boko Haram suspects in detention, and presently we cannot locate any of them,” the minister explained. “I think they are about 64 in the prison and none of them are available now, they have all escaped.”

He said investigations are still ongoing to ascertain the actual number of inmates that fled during the operation that saw vehicles razed and a portion of the high-rise blown down.

“Very soon, we will give you the correct figure of the inmates that were taken,” the minister promised. “Aside from that, we are trying to see what we can do to ensure that all escapees are returned.

“The prison is accommodating about 994 inmates, over 600 escaped and many have been recaptured and brought back to the prison.

“Maybe by the close of the day, more will have been captured and returned.

“I think everything is under control.”