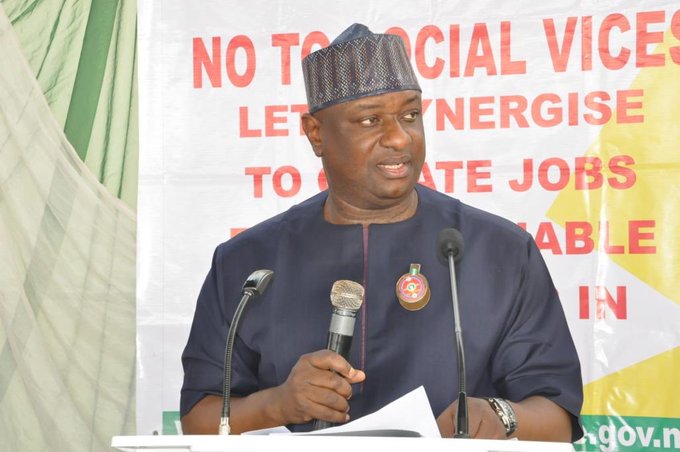 Bola Tinubu, the presidential candidate of the All Progressive Congress (APC) was not into drug trafficking when he forfeited $460, 000 to the United States Government three decades ago, his campaign spokesman, Festus Keyamo says.

On Tuesday, Certified True Copies (CTC) of Court documents released in August and detailing how the funds were forfeited found its way into several social media platforms.

Reacting to the fresh controversy that has trailed the former Lagos governor’s involvement into drug trafficking in the U.S., Mr Keyamo in an interview on Channels TV, Wednesday night, explained that the ruling party’s candidate only shared an apartment with drug lords.

He said the development led Mr Tinubu to open bank accounts with the same residential address as the drug kingpins, which led to the freezing of the accounts containing proceeds from drug peddling.

“What happened was that Asiwaju (Bola Tinubu) went to open an account. The address which he used in opening the account was the address used by these (narco traffickers) people,” the junior labour minister explained. “I think some blocks of flats. Maybe, he happened to be in that block of flats too.

“So, they now link it that the other people they were investigating for narcotics are in the same address used by Asiwaju to open that account.”

Mr Keyamo also said the funds which the former governor forfeited were tax payment and not proceeds from trafficked illicit drugs.

Mr Tinubu has maintained graveyard silence, refusing to speak on his role but sending surrogates to downplay the matter as an insignificant factor in the coming general election which he is a candidate.