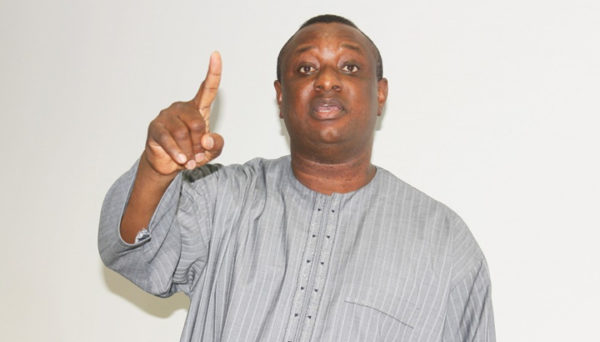 Festus Keyamo, the spokesman of the All Progressive Congress (APC) Presidential Campaign Council (PCC) says the $460,000 which the candidate of the ruling party forfeited to the United States in 1993 was for tax payment and not proceeds of drug trafficking.

Mr Keyamo stated this while appearing on Channels TV’s Politics Today Wednesday evening, downplaying the Certified True Copies (CTC) of a Court judgement in the U.S portraying the former Lagos governor as a drug peddler.

On Tuesday, the CTC released by the Court on August 10, 2022, where Mr Tinubu forfeited the funds began to trend on social media. The funds were from some of his accounts in the foreign country which an investigator believed were proceeds of narcotics trafficking.

But in his explanation, Mr Keyamo claimed that the APC candidate was neither sued or indicted. He said it was the former governor that instituted the lawsuit over the freezing of his accounts, a stark departure from what the court documents – which described “Bola Tinubu” as a defendant – showed.

“These processes are mere presumptions. They found money in his (Tinubu) accounts and they said he needed to come forward,” Mr Keyamo said. “In that affidavit of Kevin Moss, they said they interviewed Mobil and Mobil said this man is a treasurer in Mobil. Mobil said the funds are not for them.

“They confirmed his status not as a criminal but as a respected employee of Mobil. It is in that affidavit.

“After all the rigamarole trying to find out whether the accounts where the money came from are linked to drugs, they came to the conclusion that the deposits he made — what these bankers called investments — they said he had not paid tax on these interests. That is all.

“Look at paragraph 38. They said it is tax. They took what belonged to them.”