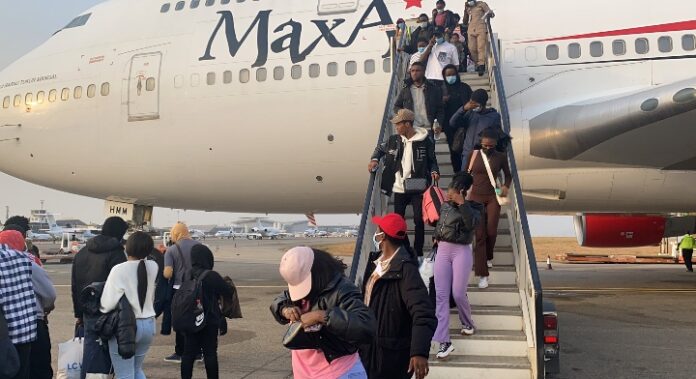 The federal government had approved immediate disbursement of $8.5million for evacuation of stranded Nigerians in the European country invaded by Russia.

The Russian forces struck from land, air and sea, forcing Ukraine to shut down its airspace to domestic flights.

The arrival of Nigerians was announced on Twitter by the Chairman, Nigerians in Diaspora Commission, Abike Dabiri-Erewa who noted that another flight from Hungary is being awaited.

Max Air and Air Peace airlines were contracted to embark on the evacuation mission with the former arriving first with Nigerians from Romania, a nearby country to Ukraine where they had gone to take refuge.