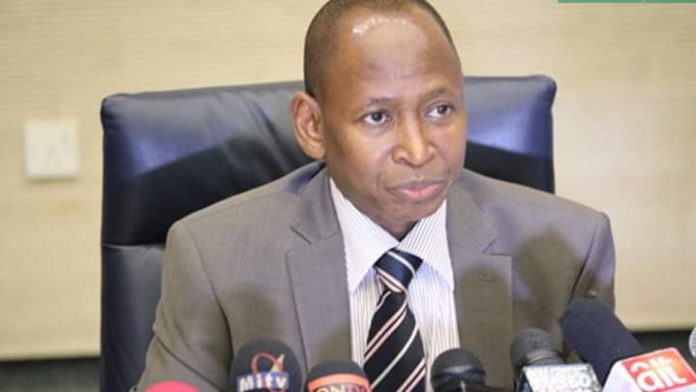 The Economic and Financial Crimes Commission (EFCC) has confirmed the release of the suspended Accountant General of the Federation (AGF), Mr Ahmed Idris from its custody.

Mr Wilson Uwujaren, the Head of Media and Public Affairs of the commission, told the News Agency of Nigeria (NAN) on Thursday in Abuja that Idris was released after meeting his bail conditions.

“I actually do not have idea of what the bail conditions are but all I can tell you is that he has been released after meeting his bail conditions,” he said.

NAN recalls that the former AGF was arrested on May 16, by the EFCC over alleged diversion and laundering of N80 billion. He was later suspended from office by the minister of finance.

The commission said the funds were laundered through real estate investments in Kano and Abuja.

It said Idris was arrested after he failed to honour invitations by the commission to respond to issues connected to the alleged fraudulent acts.