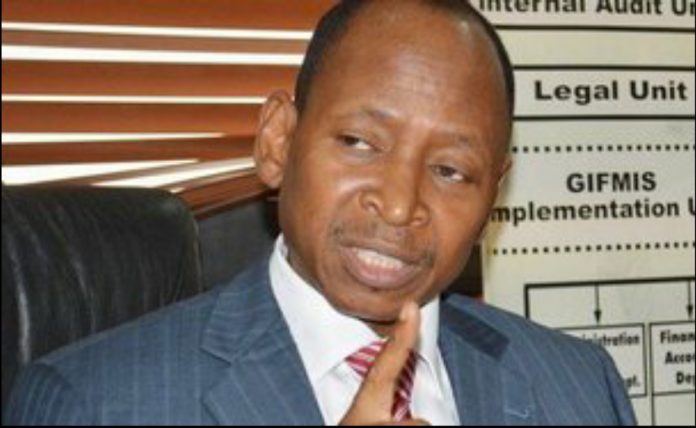 The Minister of Finance, Budget and National Planning, Zainab Ahmed, on Wednesday announced the suspension of the arrested Accountant-General of the Federation, Ahmed Idris, over N80 billion fraud allegation.

Mr Idris was picked up by the Economic and Financial Crimes Commission, EFCC, in Kano, on Monday.

The suspension letter with reference number HMFBNP/AGF/SUSPENSION/5/2022 and dated 18th May, 2022, reads in part, “Following your recent arrest by the Economic and Financial Crimes Commission (EFCC) on allegations of diversion of funds and money laundering, I write to convey your suspension from work without pay effective 18th May, 2022.

“During this period, you are not expected to attend your place of work or contact any official in your office except for any disciplinary hearing that may be advised.

“It is expected that you will strictly comply with any instructions that will be forwarded to you in your current location or your known recorded address as stipulated in the extant rules.”

Special Adviser to the Minister on Media, Mr. Tanko Abdullahi, confirmed that the AGF was suspended indefinitely, to allow unhindered investigations into the alleged fraud.

Idris’ arrest, according to the spokesman of the EFCC, Mr. Wilson Uwujaren, followed allegations that he fraudulently amassed the money through bogus consultancy contracts, and other illegal activities, using proxies, associates and family members.

He was said to have been arrested, following his failure to honour invitations by the anti-graft agency.

Meanwhile, the EFCC has reportedly traced at least 17 landed properties located in Kano, Lagos, Abuja, Dubai and London to the suspended official.

“About 17 houses in London, Lagos, Kano, Abuja and Dubai have been traced to him,” PUNCH quoted an anonymous anti-graft source as saying. “In Abuja, some of the houses are located in serviced estates.”