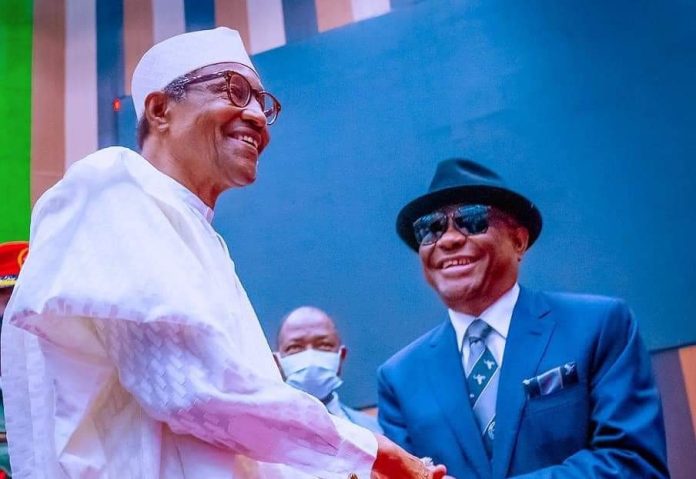 Mr Wike made the denial in response to the recent remarks of President Muhammadu Buhari that state governors were stealing part of the funds meant for the third tier of government.

“What they did, this is my personal experience, if the money from the Federation Account to the State is about N100 million, N50 million will be sent to the Chairman but he will sign that he received N100 million,” Mr Buhari told a delegation from the National Institute for Policy and Strategic Studies, Kuru, Jos on Thursday. “The Governor will pocket the balance and share it with whoever he wants to share it with.”

Denying he is not among those perpetuating such acts, the River chief executive said the president was class defaming governors by refusing to name culprits.

“I want to challenge Mr President (Buhari) you are a leader, you must come out and tell Nigerians who are those committing this offence,” the Rivers governor retorted at the inauguration of Mgbuosimini internal road in the state on Friday. “You said the governors are taking local government funds. I want to say in the name of almighty God, I’ve not touched local government fund for one day.

“So Mr President, tell us who are those people. It is not good to do class defamation, saying governors. I’m not one of those governors. So tell Nigerians and announce those governors taking local government funds,” he urged.