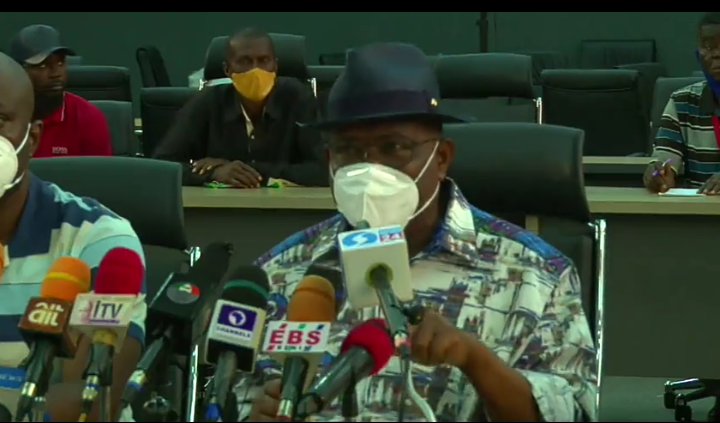 Governor Nyesom Wike of Rivers State says he will not be his brothers’ keeper on the issue of Value Added Tax (VAT) collection.

Mr Wike and the Federal Inland Revenue Service (FIRS) have been at loggerheads over who should collect VAT in the oil-rich state.

The governor at a federal high court in Rivers trounced the tax collection agency which has been collecting the payment and remit to the federal government from where is it being shared among states of the federation.

He and Lagos State governor, Babajide Sanwo-Olu, also gave their assent to a law hastily enacted to empower their states begin the collection of VAT but the agency appealed the judgment which has now gone up to the Supreme Court.

Appealing to them to be their brothers’ keepers by allowing the FIRS to continually collect the tax as usual, Gombe State Government said their decision will affect it and other economically docile states.

“The VAT issue will have adverse effects not only on Gombe state but almost all the states of the federation,” Gombe State Commissioner of Finance and Economic Development, Muhammad Magaji posited. “I was part of the discussion a few weeks ago by all commissioners of finance across the country.

“The realisation was that only Lagos, Rivers and probably Delta states would be able to pull through without this VAT being administered centrally, and it is our appeal that we all put sentiments behind and work towards a federation that is one, by being our brothers’ keepers and ensuring that what is pull together at the centre is distributed to be able to balance resources across the country,” he appealed.

But responding on Monday, Mr Wike said he cannot be his brothers’ keeper if his brother was doing something illegal.

While receiving a delegation of the Sun Newspaper which visited to present to him a letter notifying him of his emergence as winner of the Man of the Year 2020 award in Port Harcourt, the governor said he was not the first to begin the reform of VAT collection.

He said Lagos State government in the past fought but lost at the Supreme Court for including the federal government rather than the FIRS which is responsible for the collection of VAT nationwide.

“The issue of VAT did not start from Rivers State alone,” Mr Wike said. “It started in Lagos State.

“Lagos challenged it in the Supreme Court. Unfortunately, Supreme Court said, look, you wouldn’t have sued the Federal Government, what you should have done was to sue the agency.

“We (Rivers) came up to sue the agency that you are not entitled to VAT.

“And it looks like we are doing something to cause crisis in the country, shamelessly, to some states, who believe that they would only at the end of the month go to Abuja to collect whatever is in the federal pool.

“You cannot expect me to be my brother’s keeper when you are doing an illegal thing.

“Somebody is joining FIRS to do illegal thing and you are saying I should be my brother’s keeper and you are doing what the law say you should not do.

“I will be a brother’s keeper when you are doing the right thing. So, if as a state, you have difficulty, I have said it before that there is no place in the world where states are equal.

“Every state has its own advantages and disadvantages. It is the ability to be creative, to know how to turn your own disadvantage to something that will help your people.

“We are using the instrument of the law to say what you are doing is wrong. And instead of them to encourage us, they are using religion, ethnicity,” he said.

Wike also advised the federal government to encourage states to be productive and not rely on the monthly allocation they received from it.

“Nigeria should encourage states to be strong enough to have resources to develop their states,” he advised. “We are in a federal system where we are practising unitary system.

“Everybody at the end of the month would rush to Abuja to share money. Nobody comes back to the state to think how do develop his state,” he added.