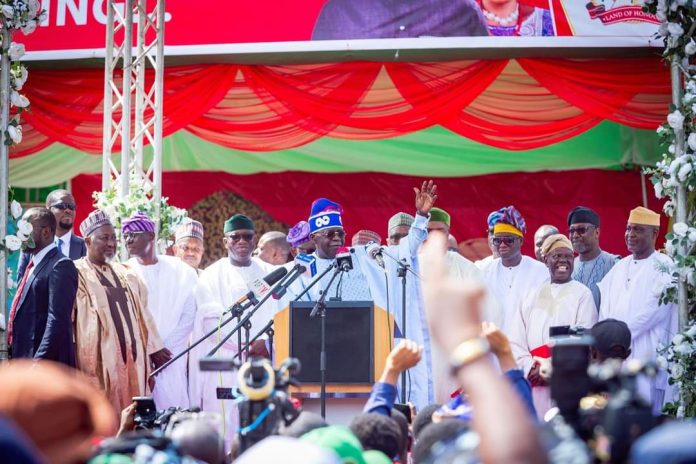 In another series of gaffes, Bola Tinubu, the presidential candidate of the All Progressive Congress (APC) has released blunder while urging his supporters to collect their Permanent Voters Cards (PVCs) which will enable them to vote.

The Independent National Electoral Commission (INEC) says the last batch of the PVCs will be ready at the end of the month for collection.

Campaigning at the Teslim Balogun Stadium in Lagos on Saturday, Mr Tinubu, a former governor of the state, goofed again, misread the PVC for the APC.

“Do you love me?” a trending video clip showed the APC candidate asking his supporters who chorused in the affirmative. “Go and take your APV…APC and you must vote.”

The latest misspeak comes a day after he declared that outgoing Deputy Senate President, Ovie Omo-Agege, will be the governor of Niger Delta state, a geo-political zone with six states therein.

With his repeated slip ups and his reported dementia in some sections of the media, analysts suggest the health status of the ruling party’s candidate have deteriorated further.