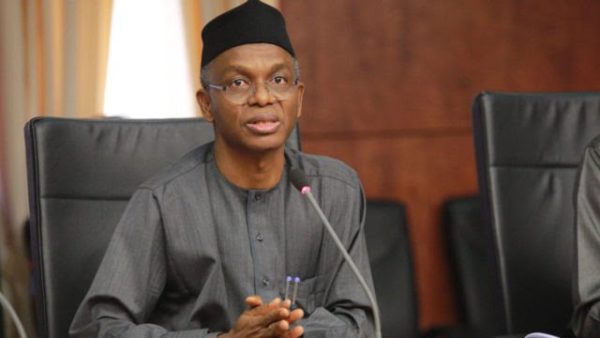 Governor Nasir El-rufai of Kaduna State said he withdrew his children from public schools due to threat to kidnap them.

Mr El-rufai had in 2019 enrolled his then six-year-old son in Kaduna Capital School to, according to him, promote confidence in public schools in the state.

He was recently reported to have withdrawn his son and daughter, who was later enrolled also, from the government-owned school, sparking angry reactions.

But in an interview with BBC Pidgin on Friday, the Kaduna helmsman said the withdrawal is temporary because his kids, who are currently homeschooling, will write their examination in the school.

The governor cited security reasons, saying criminals wanted to abduct his children and see if he will not shift from his none-payment stance to bandits whom he said are doing business by recently resorting to kidnapping of school children.

“…We have had to temporarily withdraw them for the security of the school because we got intercepts from at least two groups that are planning to attack the school to kidnap my son,” Mr El-rufai said.

“I don’t think they will succeed because there will be enough security there to prevent it but other children may be placed in danger.

“We have no idea what weapons they will come with. I have taken a stand against paying bandits and at least three groups of bandits have been intercepted planning to go to Kaduna Capital School and kidnap my son and ‘see if they catch my son, I go say I no go pay ransom?” he added.