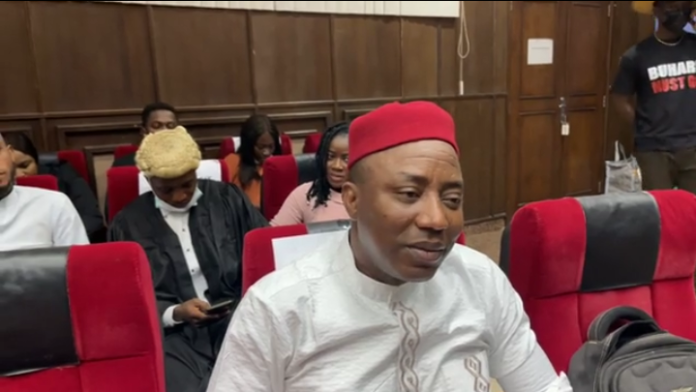 Sahara Reporters’ publisher, Omoyele Sowore, has joined the 2023 presidential race with his declaration on Tuesday.

Mr Sowore who contested the 2019 presidential race on the platform of the African Action Congress (AAC) but lost to President Muhammadu Buhari made his intention to vie for the exalted position known at the Women Development Centre in Abuja.

Early Tuesday morning, he also posted campaign posters on Facebook with the inscriptions “SOWORE FOR PRESIDENT.”

The quinquagenarian from Ondo State had polled 33,953 votes to clinch the sixth position during the nationwide exercise that saw Mr Buhari securing over 15 million votes to win a second term which winds down next year.

It is unclear how Mr Sowore intends to run his political campaign which requires him touring states across the nation having been confined to the nation’s capital by a federal high court sitting in Abuja since August 2019.

He is standing trial on treasonable felony charges preferred against him by the Buhari-led administration which accused him of attempting to overthrow the regime by leading the ‘Take It Back’ movement to the streets to demand the resignation of the president over worsening insecurity.

He was granted bail and restricted from leaving Abuja as one of his bail conditions. Dissatisfied, the publisher approached the Court of Appeal where judgment on the matter is currently being reserved as at press time.