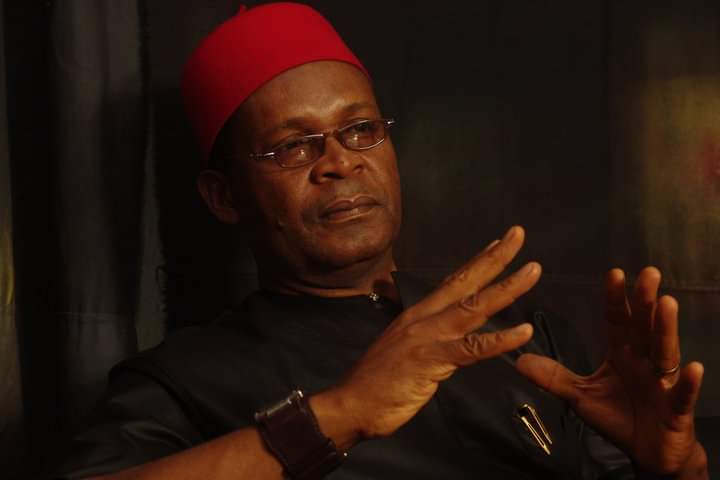 Vice President, Yemi Osinbajo, who recently joined next year’s presidential race has been advised to withdraw.

Joe Igbokwe, a chieftain of the All Progressive Congress (APC) gave the advise late Sunday night while Mr Osinbajo was meeting with state governors of the ruling party.

The number two citizen, after meeting with the governors, officially declared his intention to succeed his principal, President Muhammadu Buhari.

His declaration means he is contesting against his benefactor, Bola Tinubu, a former Lagos governor who had declared interest in the top job earlier in the year.

Although Mr Igbokwe did not mention names, he was obviously referring to the Vice President who served in the cabinet of former governor as Lagos State attorney-general.

Mr Osinbajo was also nominated by Mr Tinubu to deputise Mr Buhari after his (Tinubu’s) plans to run with the president in 2015 was rejected on the basis of Muslim-Muslim ticket.

“LET ME DROP IT HERE FOR HISTORY AND POSTERITY:” the Special Adviser on Drainage and Water Resources to Governor Babajide Sanwo- Olu of Lagos State wrote on Facebook Sunday night. “IF YOU ARE ONE OF THE PEOPLE ASIWAJU RAISED UP AND YOU ARE EYEING THE PRESIDENCY OF THE FEDERAL REPUBLIC OF NIGERIA SHOW RESPECT AND WITHDRAW FROM THE RACE.”