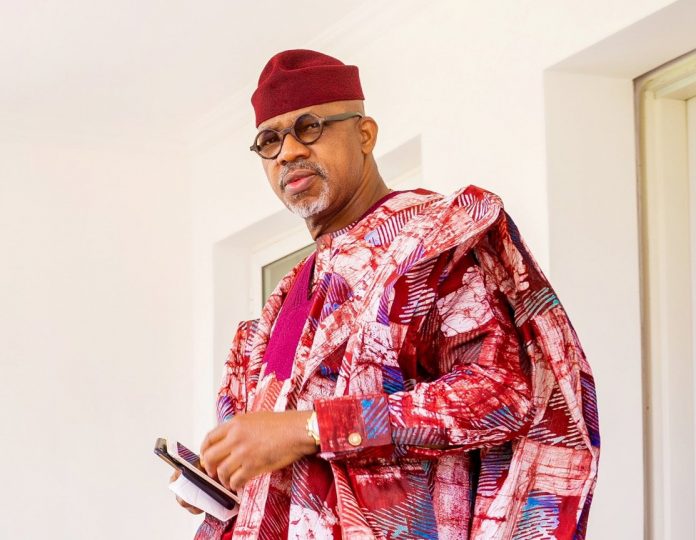 Governor Dapo Abiodun of Ogun State has tactically replied frontline presidential aspirant, Bola Tinubu, who said the former would not have become the state governor but for his benevolence.

Mr Tinubu on Thursday was in the state to woo delegates of the All Progressive Congress (APC) to his side ahead of the party’s primary next week.

At the Abeokuta gathering which involved delegates from Oyo State, he accused President Muhammadu Buhari of betraying him after working tirelessly to get him elected president in 2015. He, nevertheless, said it is his turn to take a shot at the presidency next year.

He also doubled down on Mr Abiodun who has declared support for Mr Osinbajo jostling for the topmost position with his former principal.

“This one sitting behind me, Dapo, can he say he could have become a governor but for me?” the APC leader queried pointing at him.

The governor who watched being humiliated at the event but could not respond immediately has now found his voice. Tweeting Friday morning, he subtly referred to Mr Tinubu as a political emperor with an entitlement mentality who sees the presidency as his family inheritance.

Mr Tinubu had said becoming president was his life-long ambition and was ready to fight dirty to achieve the feat.

“I am not an emperor by any chance and this is not my family inheritance,” the governor said. “I am holding this position in trust for all the people of this state and I have vowed to be fair, just and equitable and this is the solemn agreement I made between the Almighty God and myself.”

Mr Tinubu began firing from all cylinders when it dawned on him that the president will opt for the consensus mode of primary to pick his successor and he is definitely not the preferred candidate of the Nigerian leader.

He said the gentleman agreement he had with Mr Buhari in Kaduna before teaming up with him to oust former president Goodluck Jonathan in 2015 was that the president will hand over power to the Yorubas – through him – after completing his constitutionally-allowed tenures.