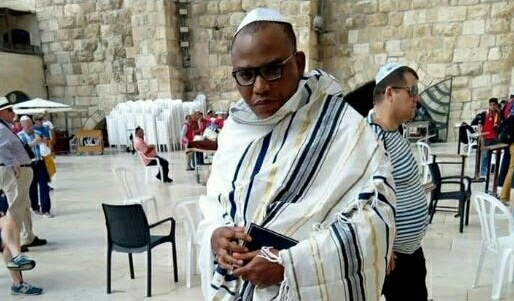 The N100million bounty placed on Nnamdi Kanu by a coalition of Northern groups has been described as unfair by Ohanaeze Ndigbo.

The coalition of 75 northern groups under the aegis of Northern Consensus Movement (NCM) on Thursday, placed the bounty for anybody who could provide information on the whereabouts of the secessionist and aid his capture by law enforcement agencies.

The spokesperson for NCM, Dr Awwal Abdullahi Aliyu, during the press briefing, urged the United States, United Kingdom and European Union to facilitate Kanu’s repatriation to Nigeria to face treasonable charges against him.

But reacting in an interview with the PUNCH, the Publicity Secretary of Igbo socio-cultural group, Alex Ogbonnaya, described the action as unfair if the group could not replicate same bounty on leaders of Boko Haram terrorists, violent herdsmen and bandits accused of aiding insecurity nationwide.

Mr Ogbonnaya who said his group does not see the Indigenous People Of Biafra (IPOB) as terrorist group said the bounty will not stop the issue of agitations for the restoration of the defunct Biafra Republic while accusing President Muhammadu Buhari of marginalizing the South-East region.

“I congratulate the Northern Coalition Movement for thinking about Nigeria, but if they want to be fair, they should place N100m bounty on the heads of leaders of Boko Haram, Fulani Herdsmen, ISWAP, and other non-state actors, who are known to be terrorists,” the Igbo group said. “As you know, Ohanaeze does not agree that the Indigenous People of Biafra is a terrorist group.

“Nnamdi Kanu is not the issue here. There is a major issue of selective justice when you focus on one and leave another.

“Igbos all over have been complaining of injustice. No matter the millions of dollars placed on Nnamdi Kanu, it cannot stop agitation from the South-East.

“What the region needs are justice and peaceful dialogue with the Federal Government. If this is done, all these issues of agitations and secession coming from the region will cease.

“Our advice to the NCM is to direct their agitations to the appropriate authorities,” the group added.

Similarly, a former federal lawmaker, Shehu Sani faulted the move, asking the Northern group to place a price tag on leaders of worsening insecurity in their domains first.

“We have Terrorists and Bandits here up north, killing and kidnapping our people; why not the Northern groups place a price tag on the heads of their leaders instead of placing on someone far abroad,” he said on Facebook on Friday.