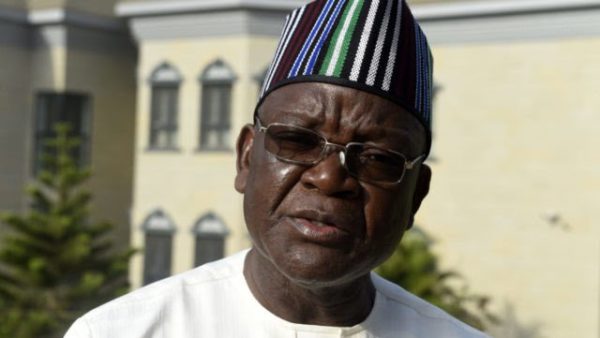 Samuel Ortom, governor of Benue State, has said his recent visit to President Muhammadu Buhari should not be translated into him joining the All Progressive Congress (APC).

Mr Ortom re-elected for a second term in office on the platform of the Peoples Democratic Party (PDP) visited Mr Buhari on Monday.

After the meeting, speculation went rife on social media that he was making plans to defect to the ruling party from where he returned to the opposition party. This is despite repeatedly denying he his nursing such move.

“We wish to advise those spreading the rumour and misleading people to know that President Buhari is not an APC President,” Terver Akase, the governor’s Chief Press Secretary said in a statement on Tuesday.

“He is the President of the whole Nigeria across party divides. He is the Commander-in-Chief of the country’s armed forces and receives periodic briefings from State Governors and other stakeholders.

“The Benue electorate has also indicated clearly from the results of the last general election that the PDP remains their preferred political party. Governor Ortom always stands with his people and this, he will continue to do.

“Politics is over. Now is time for governance to ensure that development gets to the people.

“We advise those making unfounded speculations and fanning embers of discord to allow Governor Ortom and President Buhari to synergise where possible and concentrate on strategizing to ensure the security of lives and property as well as general welfare of the people,” the statement added.