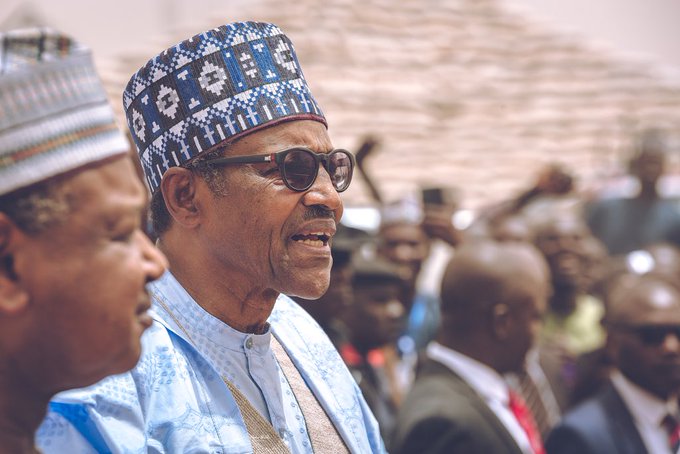 The presidency has reacted to a trending video clip circulating on the social media in what seems like an attack on President Muhammadu Buhari.

The eight seconds video clip watched by TODAY POLITICS showed a man who broke protocol and hurriedly headed directly to where the president was standing to take a group photograph.

The seemingly angry man forcefully grabbed the hand of the president and pulled the Nigerian leader to himself probably to launch a physical attack on him before security personnel came to the aid of the president.

The attack might not be unconnected to the resolve of the attacker to register his displeasure over rising insecurity across the country.

But explaining what transpired, the presidency said the young man went to handshake Mr Buhari.

In a tweet by Fem Adesina, the president’s spokesman accused opposition politicians of trying to twist what actually transpired.

“A young man was very excited to see his President at the Argungu fishing festival,” Mr Adesina explained Thursday night.

“He made to walk straight to him for a handshake. Security details prevented it. Now, opposite people are passing it off as an attempt to attack the President. How malicious can some people be!” he added.

Last month when he went to sympathize with the people of Borno State over Boko Haram attacks, the president was booed in the state described as his greatest stronghold.