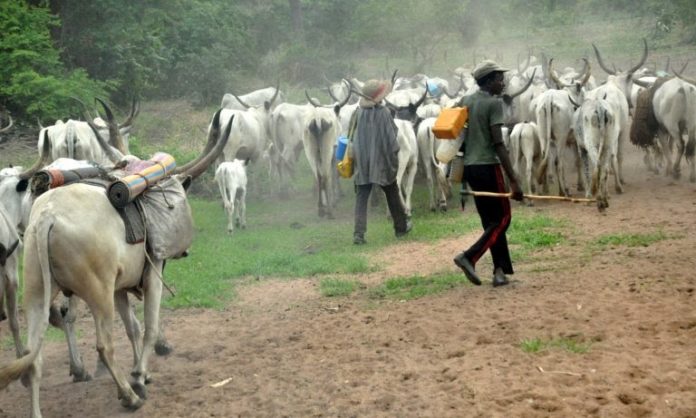 Emir of Muri Empire, Abbas Tafida, on Tuesday issued a 30-day quit notice to violent herdsmen to vacate the state.

Mr Tafida who accused the problematic pastoralists of kidnapping locals for ransom said should they fail to comply with his directive the herders will be forced out of the state.

His eviction order is akin to the one issued by popular Yoruba activist, Sunday Igboho, to violent herdsmen residing in forests reserves across the South-West region.

“Our Fulani herdsmen in the forests, you came into this state and we accepted you, why then will you be coming to towns and villages to kidnap residents, even up to the extent of raping our women?” the traditional ruler queried.

“Because of this unending menace, every Fulani herdsman in this state have been given 30 days ultimatum to vacate the forests.

“We are tired of having sleepless nights and the hunger alone in the land is enormous and we will not allow it to continue,” he added.

The ultimatum comes months after the state chapter of the Miyetti Allah Cattle Breeders Association of Nigeria (MACBAN) blamed Governor Darius Ishaku-led state government for the spike in insecurity in the state, saying herders were not carried along in the scheme of things.

The statement by its chairman, Sahabi Mahmood Tukur, said “we have never for once gotten any support from the governor since the inception of his administration.”