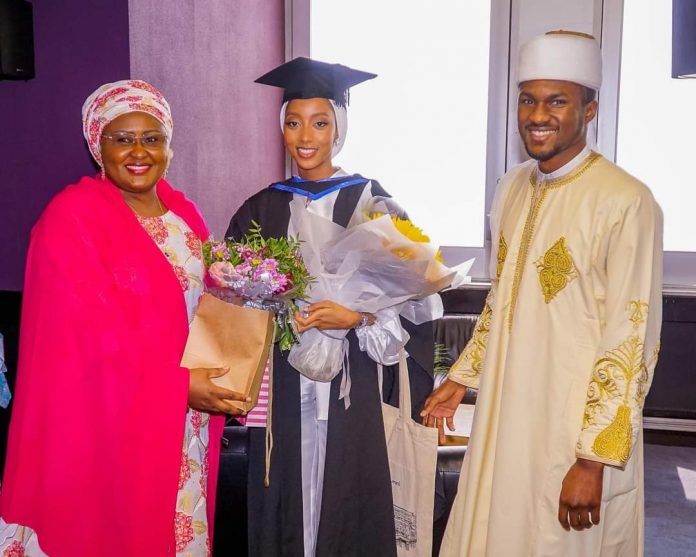 Critics came hard on Aisha Buhari, wife of Nigeria’s president, Muhammadu Buhari, for posting graduation photos of her daughter-in-law on social media while public universities in the country remain under lock and keys for about seven months now.

Mrs Buhari posted the photos of Zahra Buhari, wife of Yusuf, the president’s son on Tuesday, whom she said graduated with “First Class Honors in Architectural Science.”

The post came while the Academic Staff Union of Universities (ASUU) downed tools over unresolved financial disputes with the Nigerian government.

It also came amid protests by the National Association of Nigerian Students (NANS) pressuring the Buhari administration to hearken to the demands of the academic body.

All hell was let loose in the Facebook comment section of the photos posted Tuesday afternoon with many accusing her of insensitivity to the plights of Nigerian students at home.

Solomon Dalung, former sports minister, who served in the APC administration came hard on the first family in the comment section.

“The acceptable interpretation to say the least is an insult to the psyche of Nigerians. You used to stand with common people in the first tenure but this time around you have not only abandoned them but graduated into academy of tyranny,” Mr Dalung retorted. “What makes her better than any other Nigerian child? Given the apportunity in foreign universities some would have graduated with Distinction. This is not only insensitive but disappointing my dear Wife of the President.”