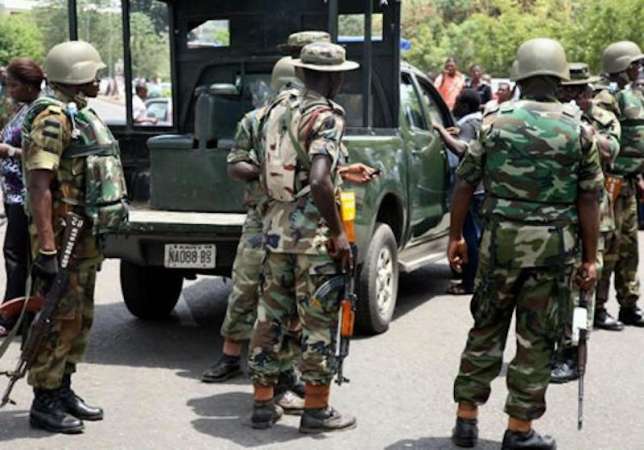 The Nigerian Army says the recent killing of two soldiers by suspected members of the outlawed Indigenous People of Biafra (IPOB) has shown that the secessionist group does not work for the interest of the Igbo.

Army spokesperson, Onyema Nwachukwu, stated this in a statement on Tuesday while reacting to the killing and beheading of two soldiers at an unknown location in Imo State at the weekend.

Military authorities later confirmed that the victims, Linus Audu, a retired Master Warrant Officer, and his partner, Gloria Matthew, a Private, were travelling to Imo State for their traditional wedding when they were attacked and killed by gunmen.

Mr Nwachukwu expressed surprise that the outlawed group killed the female soldier despite being an indigene of the South-east, where the terror group claim they are on a mission to protect and liberate.

“Ironically, the fact that one of the soldiers, Gloria Matthew who hails from Nkwerre Local Government Area of Imo State (and) has an ethnic affiliation with the good people of South-east Nigeria, did not prevail on the sensibility of the dissidents.

“This dastardly act, one too many, clearly portends the deep seated hate, desperation and lawlessness with which foot soldiers of IPOB/ESN have been unleashing terror on Ndigbo, whom they claim they are on a mission to protect and emancipate, as well as other innocent Nigerians who are resident or transiting the South-east.

“This gruesome murder, in which they did not spare even their own child, clearly depicts callousness, impenitence and is indisputably, a brazen act of terrorism perpetrated by IPOB/ESN,” he said.

The army spokesperson said the proscribed group has “continued to live in denial, while masquerading as unknown gunmen in their criminal (and) violent campaign in the region.”

He said the Nigerian Army will ensure that the gunmen who carried out the dastardly act on its personnel are punished.

Mr Nwachukwu, who condoled with the families and associates of the victims, said the army had commenced investigation to “unmask and bring the criminals to book.”

He enjoined the public to provide security agencies with “actionable information” that will lead to the arrest of the suspects.

Attacks by gunmen have increased in the South-east in recent times. The attacks often target security agencies and government facilities.

Imo and Anambra states have recorded more of the gunmen attacks than other states in the region.

The Nigerian government has accused IPOB of being responsible for the attacks in the region. But the separatist group has repeatedly denied involvement in the attacks.

IPOB is leading agitation for an independent state of Biafra to be carved out from the South-east and some parts of the South-south Nigeria.

Leader of the separatist group, Nnamdi Kanu, is currently being detained in Abuja where he is facing trial for alleged treason.