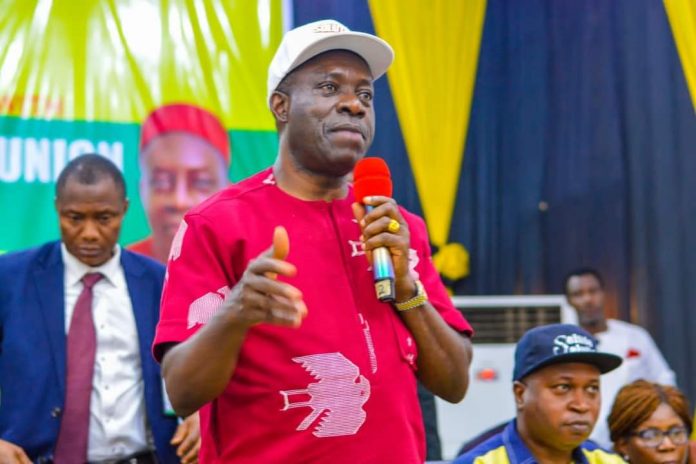 Governor Charles Soludo of Anambra State says his tribesmen from other South-East geo-political zone are the arrowheads of insecurity in his domain.

Appearing on Channels TV Sunday night, the governor dismissed claims in some quarters that wanton killings and kidnapping in the state were caused by Nigerians from other tribes.

Since he assumed power in March, the state under him has witnessed heightened insecurity, especially during Monday’s sit-at-home initially imposed by the Indigenous People Of Biafra (IPOB) which is still being complied with despite the separatist group calling off the exercise.

“Let me be clear about it: 100 per cent of the people (criminals) we have caught are Igbos,” Mr Soludo asserted. “It is (a) hoax that somebody is invading from somewhere. It is 100 per cent Igbos on Igbos. That is the fact.

“Anambra is like a cell. We receive a proportionate share of the influx of people from other South-East states and other parts of Nigeria in the South-East.

“In fact, the first set of people we caught were 100 per cent Igbos from other South-East states and none from Anambra.

“We are dealing with them. For us, there is no distinction whether they are from Anambra or not from Anambra. Anybody in a camp, anybody in a bush with a gun, we treat as a criminal,” he stressed.