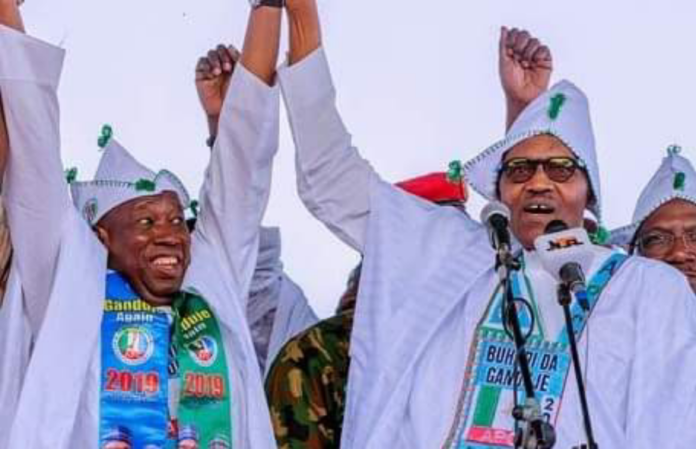 President Muhammadu Buhari does not associate with treasury looters, his spokesman, Femi Adesina, has said.

“There’s one thing President Muhammadu Buhari hates with a passion. Grand larceny. Expropriation and purloining,” Mr Adesina explained. “Once it’s confirmed that you are filching from the public purse, you can never be his friend, no matter who you are.”

The presidential spokesman made his claim in an article where he praised his principal for reforming the Niger Delta Development Commission (NDDC).

But his claims are largely false, going by multimedia reports where the president has been seen fraternizing with individuals whose integrity are being questioned.

In 2019, Mr Buhari campaigned for Governor Abdullahi Ganduje of Kano who was seen in series of video clips receiving kickbacks in foreign currencies. Daily Nigerian, an online newspaper, which published the clips reported that the governor received the illicit payments from contractors handling projects across the state.

While raising Ganduje’s hands as a sign of endorsement, the president called on the people of the state to re-elect the governor at a campaign rally held in Kofar Mata Stadium, Kano.

Also, a former Lagos governor, Bola Tinubu, is also an associate of the president with questionable source of wealth. He took delivery of two bullion vans, which he confirmed were bearing cash, on the eve of the 2019 presidential election day.

His act contravenes the Money Laundering (Prohibition) Act 2011 which makes it illegitimate for any individual to accept or make any cash payment that exceeds N5m (Five Million Naira) without going through a financial institutions.

He is still being investigated, according to the chairman of the Economic and Financial Crimes Commission (EFCC) AbdulRasheed Bawa.

Last month, the former governor, notified the president of his readiness to succeed him in office next year.