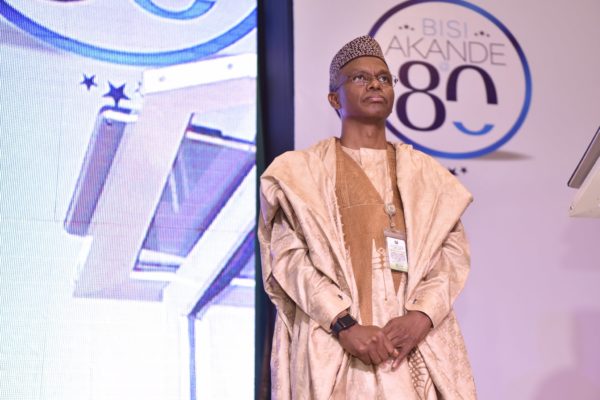 Nasir El-rufai, Kaduna State Governor, has said the north will benefit most if the country is restructured.

Mr El-rufai made this known on Wednesday while delivering a keynote address at a colloquium in Ibadan, the Oyo State capital.

The event was organised to mark the 80th birthday anniversary of Bisi Akande, a chieftain of the All Progressives Congress (APC).

The governor who headed the restructuring committee of the APC said those who opposed restructuring do not have the interest of northerns at heart because if the country is restructured the north would be the biggest beneficiary.

He said the region was ready for the complete restructuring of the polity.

“The coincidence of the mind-set of most of the military leaders being of northern origin must not be confused with that of the ordinary northerner,” El-rufai said.

“I want to state here and now, that not only is the north ready, willing and able to embrace inclusive restructuring of our polity, but to add that those that speak loudly against it represent no one. Most of them have never held elective offices, and therefore do not appreciate that the north with its natural endowments stands to be the biggest beneficiary of restructuring.

“With all sense of responsibility, I believe some Nigerians have made a career and livelihood around restructuring without deep thought, or a clear plan or implementation strategy. For them, it is a tool to alienate rather than convert our compatriots to the nation-building imperative that restructuring offers.

“Rather than the hard graft of solving our governance problems, this group would rather grab headlines and mouth sound-bites at opportunities like this. You can almost sense that this people actually dread restructuring becoming public policy, having succeeded in living off a serious national imperative for so long. We must be mindful of this class of people,” he added.

Since his committe submitted its report to the national leadership of the party in 2017, nothing has been heard about the subject matter except for the recent pledge of Atiku Abubakar, the 2019 presidential candidate of the Peoples Democratic Party (PDP), to restructure the country within six months in office if elected president.

Ali-Modu Sheriff: Why I am stepping down from APC chairmanship race