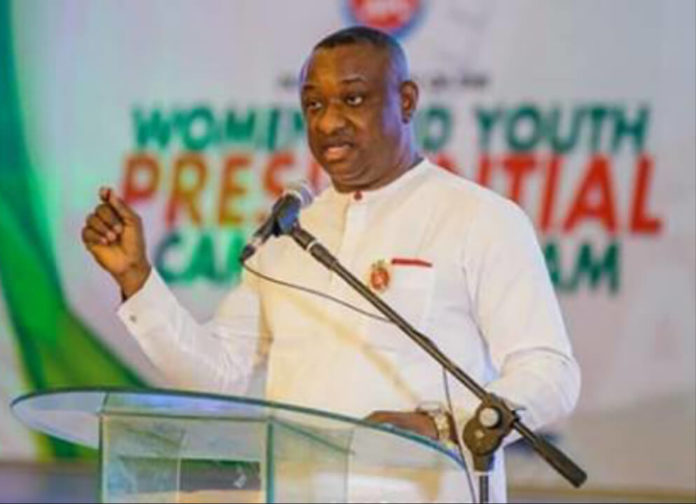 Festus Keyamo, junior minister of Labour and Employment, who is the spokesman of the Bola Tinubu Presidential Campaign Organization has denied suing the former Lagos governor over certificate forgery.

Mr Keyamo made the denial in a statement on Tuesday after the spokesman of the Atiku Presidential Campaign Organization, Daniel Bwala, berated him for speaking for someone he had previously sued for fake academic credentials.

Mr Bwala who appeared on Channels TV on Monday cited a law report – Keyamo V. House Of Assembly, Lagos State (2002)18 NWLR (Pt. 799)605 – to back up his claim. However, the minister responded by clarifying that he dragged the state lawmaking arm to court for giving the presidential candidate of the All Progressive Congress (APC) a clean bill of health.

“I never sued Tinubu. No. I sued the House of Assembly seeking an interpretation of the law,” Mr Keyamo clarified. “Once the Supreme Court pronounces on an issue, it becomes binding on even the lawyer who loses and he is bound to obey and defend the judgment of the court.

“So assuming (which is not conceded) that I made any kind of accusation in the matter, once the Supreme Court ruled, that was the end of the matter and from that moment, it behoves me to stop pushing a matter already laid to rest by the highest court of the land and defend the decision.

“Nigerians would be hearing from the horse’s mouth as to what actually transpired during the battle that raged then and how the matter was eventually laid to rest.

“These battles we waged were not borne out of bitterness and hate, but to “unravel the truth and the real constitutional powers of the House.

“So, once the issue is laid to rest, we move on. Anyone who thinks I would still harbour any kind of resentment more than 20 years later should examine his/her head,” the minister added.