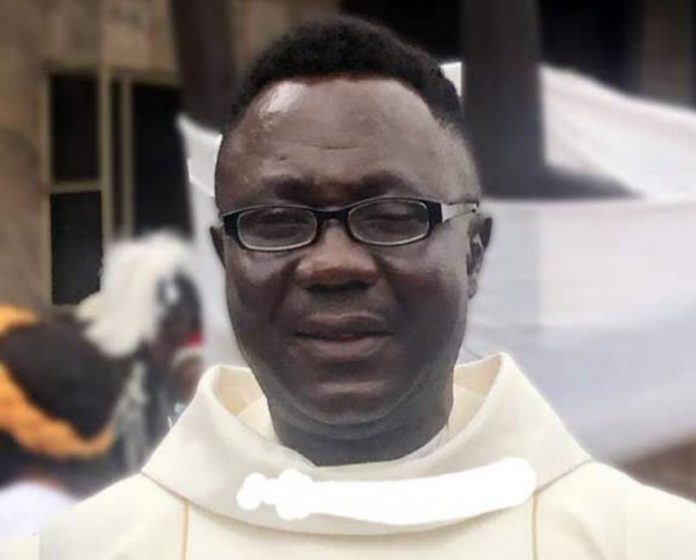 Mr Anelu was suspended by the church in February over social media reports that he banned Igbo songs in his parish during mass.

In a press statement by Rev. Fr. Anthony Godonu, the Lagos Archdiocese director of social communications, the Church announced that the social media video clip did not capture all that transpired warranting the priest to react by banning Igbo songs.

The statement added that the priest has been reinstated to remedy the situation. 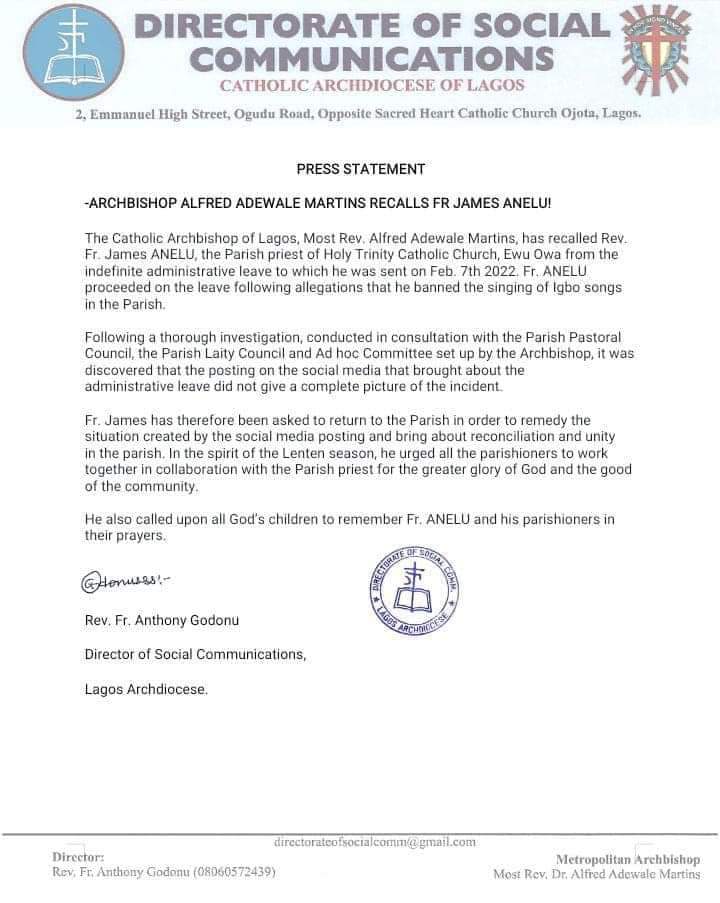