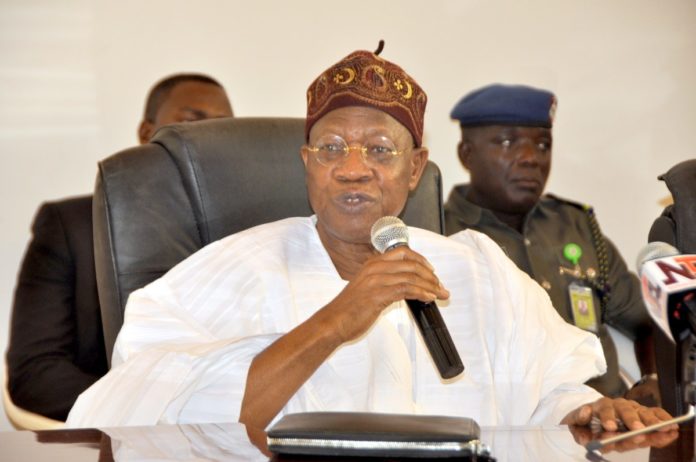 Information Minister, Lai Mohammed, made this known on Wednesday while briefing newsmen after the weekly Federal Executive Council (FEC) meeting in Abuja.

Mr Buhari had in July nominated 19 persons to the position of RECs for the electoral body. Five of them were reappointed for a second term while 14 others are new appointees.

Kicking against the nomination, Nigerians and a coalition of Civil Society Organisations (CSOs) requested for the withdrawal of some nominees said to be politically partisan and corrupt.

“Muhammad Lawal Bashir from Sokoto was a governorship aspirant under the All Progressive Congress (APC) in the 2015 elections cycle; Sylvia Uchenna Agu, the nominee for Enugu State, was believed to be the younger sister of the APC Deputy National Chairman, South-East,” the Youth Initiative for Advocacy, Growth and Advancement (YIAGA) Africa which represented the CSOs said in a statement last month.

“The nominee for Imo State, Mrs. Pauline Onyeka Ugochi, a former Head of ICT at INEC in Imo State, gained notoriety for alleged corruption and connivance with politicians to undermine elections. Mrs. Queen Elizabeth Agwu, a former Accountant-General of Ebonyi State, was suspended allegedly on the grounds of incompetence and corruption in 2016.”

The coalition noted that the nomination contravened Section 156(1)(a) of the amended 1999 Constitution and would have grave implications for the INEC’s credibility, independence and capacity to deliver credible, transparent, inclusive and conclusive elections.

“It will be against the sacred spirit of the Constitution to accept their nomination. Given their antecedents and close affinity with political parties, it is improbable that they will remain neutral and objective if successfully screened as INEC Resident Electoral Commissioners (RECs).

“To this end, we, the undersigned, reject their appointment as RECs entirely and urge President Buhari to withdraw their nomination in the public interest and in furtherance of his commitment to leave a legacy of a truly independent electoral institution that enjoys the trust and confidence of citizens and electoral stakeholders,” the CSOs demanded.

Responding, Mr Mohammed said the nomination will not be withdrawn based on “social media allegations.”

“As to the nominees that are being challenged by social media warriors and by some critics, I don’t think it is the business of the President to immediately throw out a nominee based on allegations which have not been proven,” the minister said. “I think the whole idea is that these people will go for confirmation in the National Assembly. The same questions that are being raised in the public domain will be asked there.

“I think this media trial is quite worrisome because when these people are cleared of any wrongdoing, nobody comes back to apologise to them.

“So, my advice is that there will be allegations made against anyone but it does not mean that that fellow is guilty. Let’s wait for the process to be completed,” Mr Mohammed advised.