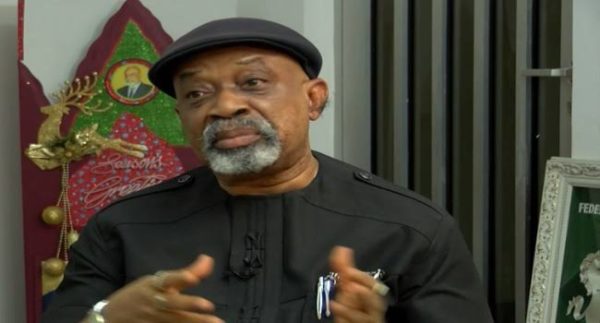 President Muhammadu Buhari has created about 8 million jobs since he took over power, Chris Ngige,  the Minister of Labour has said.

Mr Ngige made the claim when he appeared on Channels Television on Wednesday. His principal, Mr Buhari took over power in 2015, that was the first time an opposition candidate trounced an incumbent president in the country.

The minister said the creation of jobs could be traced to the agriculture and vocational skills training embarked upon by the Buhari administration noting that rice production in the country has created new groups of millionaires.

He noted that this was achieved through the promotion of blue collar jobs embarked upon by the present administration.

“Government programmes have yielded a lot of fruits if you go to the Agric belts of Nigeria; Kano, Jigawa, Katsina, Anambra, Enugu, Ogun, Kebbi states. Rice production created a new group of millionaires, the farmers.

“And there is the backward integration of the rice mills, jute bag manufacturers and the rest of them all, a lot of jobs have been created numbering about 8 million now.

“We did advocacy and told people not to look at white collar jobs, there are blue collar jobs, skills. You have to train your hands, you have to do plumbing, carpentry, tailoring.

“We have a mini in collaboration with the state government, we send people to the skills centre to train them and people come in there as an apprentice and after we finish with them, we empower them. But the problem is that how many people are ready to come here and train?

“The responses to the programmes are low, they regard those jobs as unbefitting to people’s status, but it is not true,” the minister said.

The claim by the minister comes months after the country continued to cement its status as the poverty capital of the world with more people slipping into extreme poverty.

An estimated 90.8 million Nigerians are living in extreme poverty as 2018 winds down to a close.