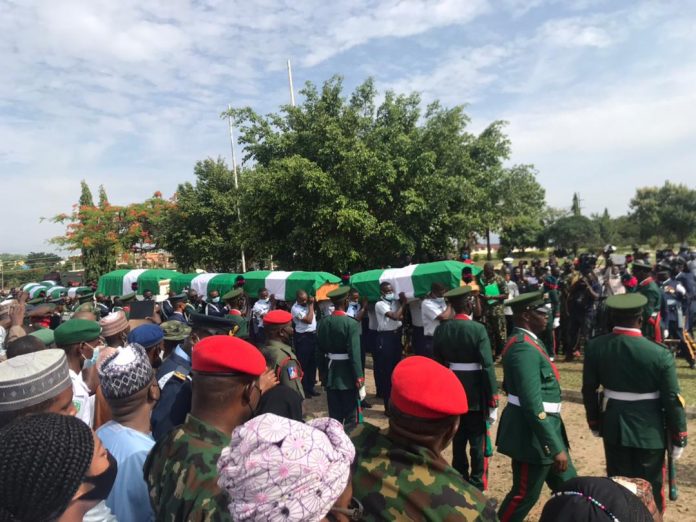 The remains of Ibrahim Attahiru, the deceased Chief of Army Staff (COAS) and other 10 military personnel who died yesterday in a fatal plane crash has been laid to rest.

The corpses were lowered at the National Military Cemetery in Abuja Saturday afternoon.

Before that, the funeral rites for Mr Attahiru and six other officers who are Muslims took place at the National Mosque, Abuja, while that of four others who are Christians held at the Nigerian Air force Protestant Church, Abuja.

President Muhammadu Buhari who is the commander-in-chief of the armed forces, though expressed shock as usual, whenever tragedy struck, was not seen while all these were ongoing.