Former vice president, Atiku Abubakar, has explained the reason why he pulled down posts on his verified social media accounts condemning the stoning and roasting of a female student in Sokoto State yesterday.

Identified as Deborah, the female student of Shehu Shagari College of Education, was on Friday morning stoned to death and her remains roasted by angry religious fanatics who accused her of blaspheming Prophet Mohammad adored by Muslims.

Reacting in a post made on Facebook and Twitter Friday evening, the presidential aspirant condemned the mob action while commiserating with family and relatives of the deceased.

“There can not be a justification for such gruesome murder,” Mr Abubakar said in the now-deleted post. “Deborah Yakubu was murdered, and all those behind her death must be brought to justice. My condolences to her family and friends.”

Within minutes of making the post, the presidential aspirant on the platform of the Peoples Democratic Party (PDP) deleted the condemnation replicated on the social media platforms.

TODAY POLITICS reports that the deletion might not be unconnected to threats by online religious fanatics to withdraw their support for his presidential ambition.

Stating why he deleted the post, Mr Abubakar widely known as Atiku, explained that the post was made by one of his aides without his approval. He stated this in one of his verified Facebook page dedicated to his Hausa supporters on the social media platform.

He said any post which does not bear the abbreviation of his name Atiku Abubakar (AA) does not emanate from him.

“This evening I received information that a post was made that doesn’t agree with my orders,” the Adamawa-born politician explained. “I use this to announce that any post without AA is not from me. May God protect – AA.” 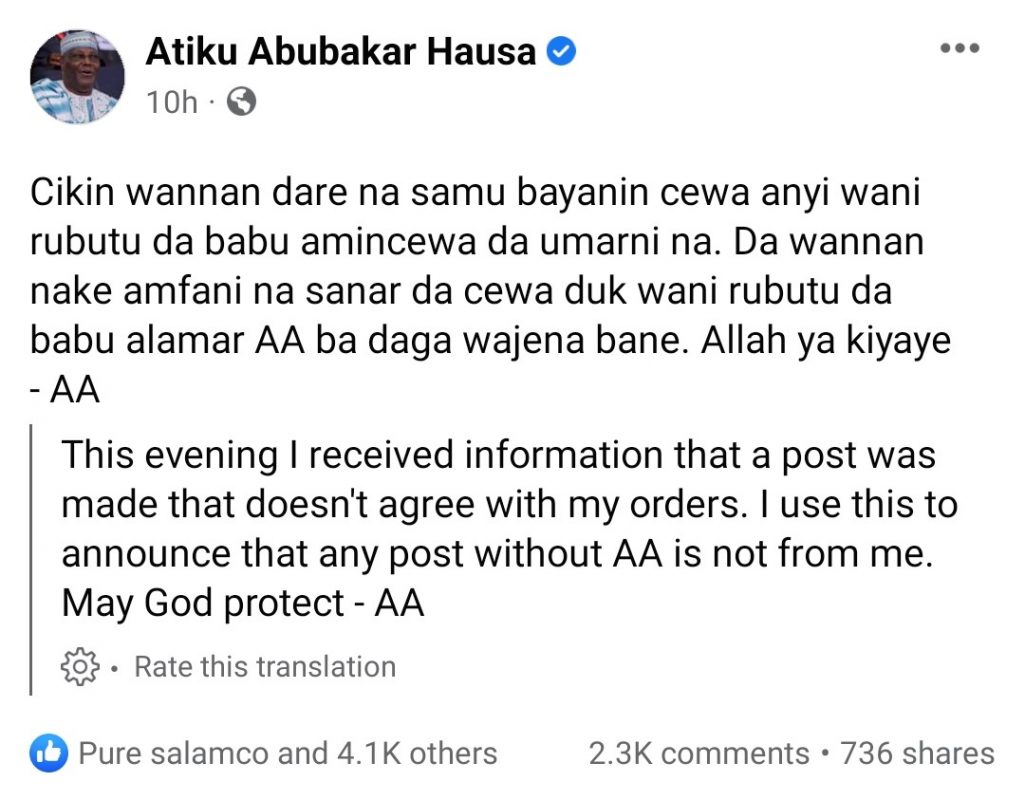