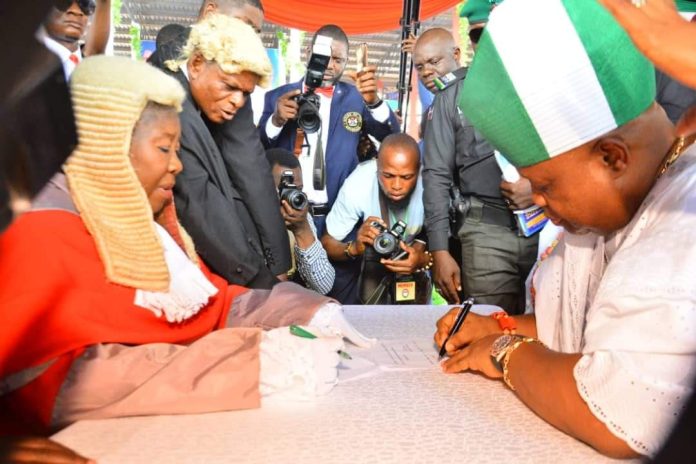 Senator Ademola Adeleke, the newly sworn-in governor of Osun has ordered that all the state government bank accounts be frozen immediately.

Mr Adeleke also reversed all the appointments made towards the end of the tenure of the immediate past governor, Gboyega Oyetola.

The governor, in a statement on Sunday, approved the appointment of the former chairman of Osogbo Local Government Council, Kassim Akinleye, as the Chief of Staff (CoS).

The Osun helmsman took the oath of office administered to him by the Chief Judge of the state, Adepele Ojo, on Sunday.