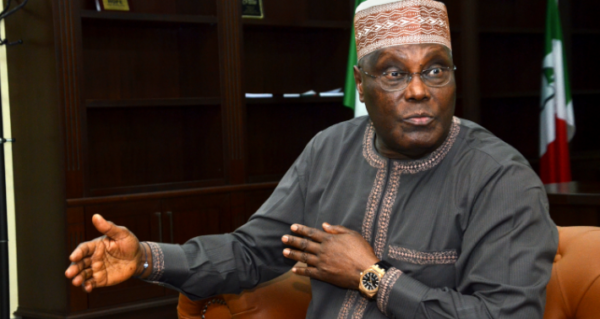 There were reports at an event held last year that the body endorsed Mr Abubakar, a former vice president popularly known as Atiku, as its candidate for the February 16 presidential poll.

But denying the report on Thursday, the Deputy National Publicity Secretary of the organisation, Chuks Ibegbu, said those who endorsed Atiku were his friends and not Ohanaeze Ndigbo.

“It is erroneous to say that we endorsed Atiku. Ohanaeze Ndigbo did not endorse anybody. That meeting at Nike Lake Resort was organised by friends of Atiku,” Mr Ibegbu said in Enugu at a media briefing to mark the second anniversary of the current executive of the organisation.

The spokesman said although the organisation will soon make known its stand on the election, the body will vote for candidates who will restructure the country.

“However, due to our peculiar circumstance in the country, we will identify with candidates that will restructure Nigeria if voted into power,” Ibegbu said.

“Ohanaeze Ndigbo has been canvassing for our people to identify with candidates that will restructure Nigeria.

“We still stand on that and in the next few days we shall meet to take a holistic position on the elections,” he added.