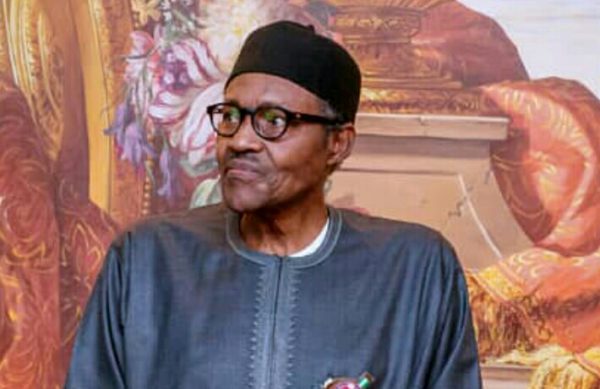 Muhammadu Buhari, Nigeria’s President, has denied the allegation that he smuggled in looted funds into the country.

The president who is seeking re-election on the platform of the All Progressive Congress (APC) stated this through his support group, Buhari Media Organisation.

BMO was reacting to claims by Atiku Abubakar, the 2019 presidential candidate of the Peoples Democratic Party (PDP), that he prevented the president from smuggling in looted funds into the country.

The claim by Mr Abubakar, popularly known as Atiku, came as a reaction to allegation by Buhari that the PDP flag-bearer was plotting to smuggle in illicit funds from outside the shores of Nigeria.

“It is a blatant lie that Atiku Abubakar, as head of Customs at the Lagos airport in 1984 stopped the ADC of the then Head of State, Muhammadu Buhari, from smuggling in 53 suitcases of looted money,” BMO said in a statement signed by Niyi Akinsiju and Cassidy Madueke, it’s respective Chairman and Secretary.

“This is a matter that was settled back then. The suitcases were the personal belonging of the then Nigerian Ambassador to Libya who was returning to the country after his tour of duty with his three wives and sixteen children.

“The late Ambassador was coming into the country at the same time as the Emir of Gwandu whose son was General Buhari’s ADC and his suitcases were falsely presented to the public as those of the Emir.

“So from all indications, the suitcases which were cleared through Customs by soldiers had nothing to do with Buhari and there was nothing to suggest that illicit funds were being brought into the country.

“Nigerians must be wary in the coming weeks. The party which has no agenda to sell would continue promoting lies on the media. It would, like one of its recent converts, begin to trivialize the impact of corruption and even attempt to normalize it; Nigerians must fight and reject this,” the group said.

Buhari had earlier accused Atiku of sponsoring fake news against himself and his administration.