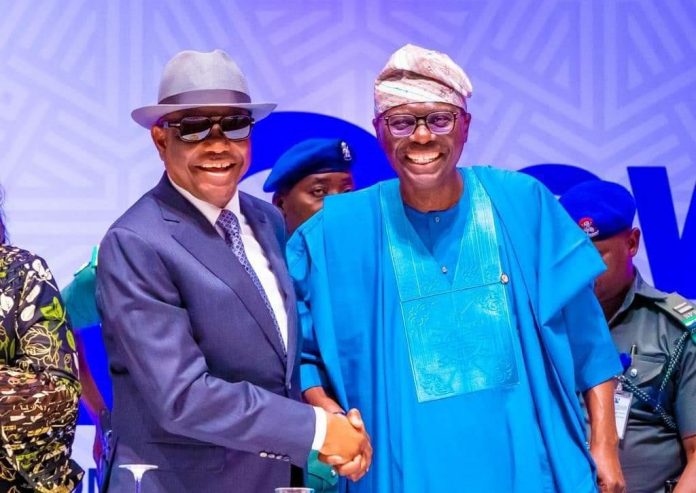 Governor Nyesom Wike of Rivers State has endorsed his Lagos State counterpart, Babajide Sanwo-Olu, for a second term in office.

Mr Wike announced the endorsement of the All Progressive Congress (APC) governor on Tuesday while speaking at a women’s conference in Lagos, despite being a member of the Peoples Democratic Party (PDP) who ought to support the candidate of his party, Olajide Adediran.

He said Mr Sanwo-Olu has performed exceptionally well to deserve a second term, advising Mr Adediran and gubernatorial candidates of other political parties in the state to stop wasting their time by contesting against the incumbent governor.

“Good governance is what I stand for. I will not regret to say that I am in support of you (Sanwo-Olu) for second term. Others should not waste their time.

“Look at the kind of project coming from this women’s group. Why would any reasonable person not support the Government that is encouraging this. Let’s also look at the kind of physical infrastructure being delivered in Lagos. This confirms Lagos as a State of excellence. There are some people who will come here; instead of them to continue to make Lagos improve, they will bring Lagos down. For me, I’m satisfied with what Sanwo-Olu has done and it doesn’t matter the party he belongs,” the Rivers helmsman added.

His remark has been described as an anti-party activities which usually attract suspension, a punishment he dared the PDP to met out to him and take what comes out of it.

He is reportedly romancing with the APC which many analysts suggest he will likely switch to should the national chairman of the opposition party, Iyorchia Ayu, whom he is against, refuse to step aside.