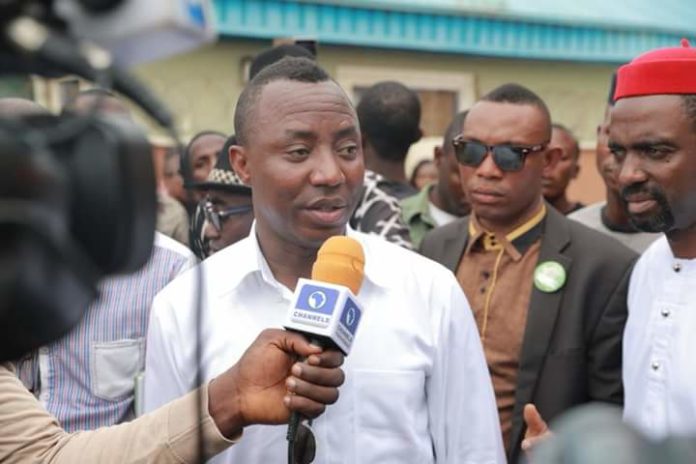 Mr Sowore, the publisher of Sahara Reporters, was suspended on Monday after the meeting of the National Executive Committe (NEC) of the party in Abuja.

According to Channels Television, the 2019 presidential candidate of the party is temporarily prevented from office due to anti-party activities.

He is also accused of misappropriating funds and failing to convene NEC meeting.

The AAC appointed a replacement in acting capacity in the person of Leonard Nzenwa.

The party backdated his suspension and that of other members of his executive to commence from March 27 and it is to last for six months except overturned by a National Convention of the party.