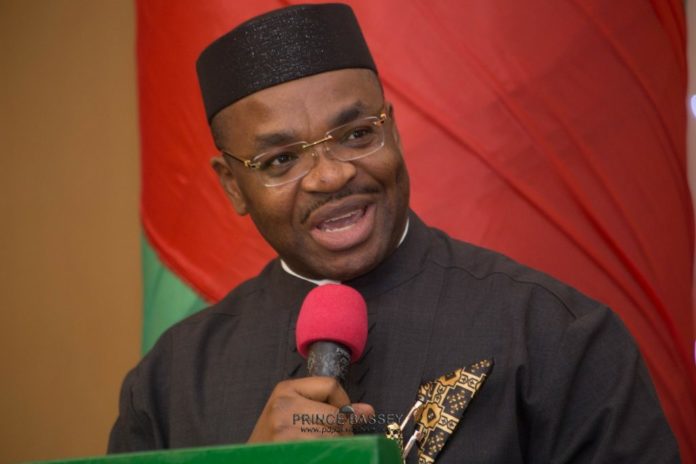 Reports in some online medium, excluding TODAY POLITICS, claimed that Mr Emmanuel, one of the opposition governors still standing behind the presidential candidate of the party, Atiku Abubakar, was exasperated with the inability of the latter to release funds for campaigns in the state.

The report, which quoted anonymous aides to the governor as threatening to resign, said Mr Abubakar was not popular among residents in the state.

Denying the report while unveiling Umo Eno, the PDP guber candidate in Uyo on Tuesday at the flag-off of the governorship campaign, Mr Emmanuel said he remained the chairman of the Atiku PCC and has no intention of stepping aside.

He said the purveyors of the false news decided to go to town with it, having sensed the PDP coasting to victory.

“I remain the chairman of the Atiku-Okowa Presidential Campaign,” the governor told a large crowd of supporters at the event. “I am not going anywhere. They’ve seen that we are coasting home to victory, that is why they are bringing that (rumoured resignation).

“Before I go into any protocol, let me address Nigerians first. I woke up this morning to one fake news: they say I have resigned from being the chairman of the presidential campaign council. I am saying it is not true.

“We have won them before and we are going to win them again. We are in the presidential council to win. So, we have to win. Don’t listen to all those rumours.

“I am here, very loyal party man. Very committed party man. I am here as the chairman of the presidential campaign of Atiku, of PDP. I am going anywhere; we are going to win together,” he added.