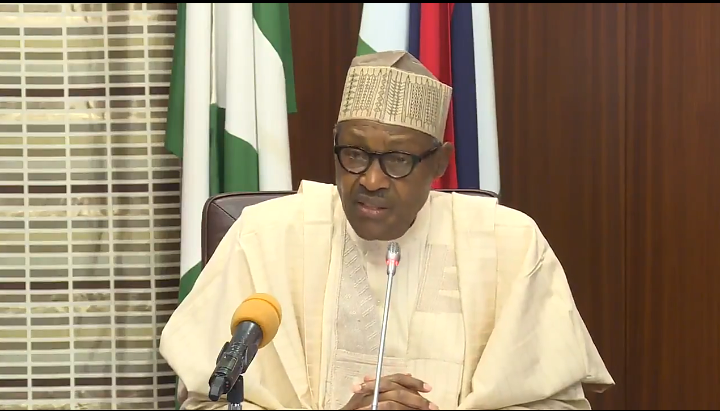 I think the most frequently asked question today is, who will succeed President Muhammadu Buhari? With over 35 aspirants openly declaring their interest as of today, a few still in the closet and more coming out, the field has never looked more crowded.

And last week, the decision by former President Goodluck Jonathan to put one leg in the ring, while pretending that he is being dragged, got party and non-party members even more confused.

Of course, those who are pressing him into the race – Governor of Yobe State and former All Progressives Congress (APC) interim Chairman, Mai Mala Buni; Kebbi State Governor Abubakar Atiku Bagudu, and a few ministers from the North – wish it would happen. But they know it won’t. Buni once led a delegation to Jonathan, to explore the possibility of the former president running with the Attorney General and Minister of Justice, Abubakar Malami, as his running mate.

The strongest consideration is the potential four-year one-term limit of another Jonathan presidency. But the trap is that a post-election litigation over the 2017 constitutional amendment on “swearing-in”, could disqualify Jonathan and hand the position over to his running mate, if he wins.

After the visit, Jonathan asked for time to consult. It was, however, clear from the criticism that followed that decamping from the People’s Democratic Party (PDP) and running on the ticket of the APC was a bridge too far.

Even if the APC were to grant the entry waiver, which Jonathan requested, he would still have to face the party primaries. And more important, the APC will have to convince its members, and perhaps the larger public, that the same man it branded Jonathan the Incompetent and Jonathan the Clueless has now become Jonathan the Messiah.

The renewed buzz about a potential Jonathan comeback, suggests that some elements in the APC still think that they can lead their party back to its vomit. And yet, they don’t think it’s an act of desperation. A number of insiders told me this week that nothing other than a desire to find someone who can preserve Buhari’s legacy is tempting the APC back to Jonathan. They obviously can’t imagine that the public will ask the APC, what legacy?

The noise about a possible Jonathan return and concerns that it could be disastrous for other aspirants may be good political gossip, but it’s a waste of time. Jonathan will not return unless the 18 registered political parties adopt him as their candidate and the Chairman of the Independent National Electoral Commission (INEC), Mahmood Yakubu, agrees to write the presidential election result and personally deliver the certificate of return to him in Otuoke.

From his time as deputy governor to his tenure as Vice President, Jonathan has become so used to a life of ease, and well, good luck, that no matter how hard he tries, he can’t bring himself into this contest except the ducks are lined up for him in a row. Jonathan being Jonathan, unless the elements align again and fall on his lap, which is as likely as the appearance of a blue moon, he won’t try for it.

But history, that is, the history of the two major political parties could at least give us an idea of who in the APC might get it. There are teachable moments in the journeys of three former candidates – Olusegun Obasanjo, Umaru Musa Yar’Adua and Buhari – that could provide an insight into how the candidates in the major parties would emerge.

One, there is something in the DNA of the power brokers that resents big political spenders. Although figures are hard to come by, anecdotal evidence suggests that MKO Abiola was probably one of the biggest pre-election spenders in the last three and a half decades. Former Vice President Atiku Abubakar could also be in the league, but more so because of his repeat races. Abiola, a multi-billionaire friend of the rich and powerful and candidate of the Social Democratic Party (PDP), ran a campaign that was colourful and massively funded.

His wealth was not only a source of envy, it was also a source of fear and resentment among the military elite who couldn’t bring themselves to hand over political power to a man who seemed to have it all.

If the political transition under military president Ibrahim Babangida was an attempt to depart from the unspoken tradition of not handing over power to candidates who are both rich and politically influential, the power brokers took the lessons from the Abiola misadventure to heart.

From Obasanjo to Yar’Adua and Buhari, three candidates who emerged between 1999 and 2014, not one, at least as far as the public knew, could fund their own party primaries, much less their election campaigns.

Obasanjo was broke when he left prison in 1998. His sprawling farm business was in ruins. He couldn’t rehabilitate his chicken coop much less fund the primaries of the PDP. Neither Yar’Adua nor Buhari was significantly better off financially. The party primaries and campaigns of all three were funded by interest groups that dragged them into the race.

This appearance of inadequacy, a sort of political crutch if you like, is the IOU that ensures that at least in form, if not substance, the interest groups can maintain a leverage on the candidate.

Two, the main parties would also be looking for political orphans – or at least those with a form of political naivety; that is, candidates who do not appear threatening, politically. All the talk about national interest is nonsense. If the candidate is from the South East, for example, “national interest” means public repudiation of the Biafra separatist agenda and disavowal of IPOB.

If he is from the South West, it means rejection of “Amotekun”, state police, or restructuring. And if, at this time, he is from the North – that is anywhere outside the North West – national interest will depend on whether is he Christian or Muslim. Of course, for all regions, religion has increasingly become a dominant issue in the last 30 years.

Nothing illustrates the obsession of the cabal with political control more than the story of the failed presidential ambition of former Rivers State Governor, Peter Odili. Just like Rotimi Amaechi did for Buhari in 2014, Odili put the treasury of the state at the disposal of the third term ambition of Obasanjo, under the notion that if it failed, he would benefit.

The accounts of this gamble in three books – Obasanjo’s My Watch; Peter Odili’s Conscience and History – My Story; Chidi Odinkalu’s and Aisha Osori’s Too Good to Die; and Nasir El-Rufai’s 2009 essay on Umaru Yar’Adua, suggest that Odili was a front-runner, first as presidential candidate and then as running mate, till the eve of the PDP convention.

From Obasanjo’s book, the screening committee dumped Odili despite the fact that he showed “a lot of commitment and loyalty to the party”, because “for some inexplicable reasons, he does not enjoy the support from other governors.” Of course, because they fund the party, governors were important and would still be important, even in the current race.

But in a government where the President was famous for running dissenters, including governors out of town, to suggest that his choice was hindered by gubernatorial mushy-mushy is laughable. Not Obasanjo.

The unstated reason appears to have been Odili’s “unacceptability to foreign missions because of spurious allegations of corruption”, not to mention the fact that he knew a bit too much and had done a bit too much with the President to be allowed to cash his IOU.

Three, the history of presidential candidates also favours late, sometimes, unexpected and even unprepared entrants. For some reasons, the system appears to abhor preparation and readiness.

Obafemi Awolowo, perhaps one of the most prepared for the office for which reason Odumegwu Ojukwu described him as “the best president Nigeria never had”, contested twice for the position. Shehu Musa Yar’Adua, who is perhaps next to Awolowo, at least for resilience and organisation, also never got it.

On the contrary, from Shehu Shagari to Obasanjo and from Umaru Yar’Adua to Jonathan, accidental candidates have had an edge, making you wonder if there’s something about the office that cannot coexist with preparation. Even Buhari, who cried a river after three failed attempts, only got elected at his fourth, when he was thought to have given up.

Of course, there would always be room for surprises and outliers and any of the over 35 aspirants in the field could buck the trend. Also, it means little to the cabal that in spite of its best efforts and elaborate care to control the process, things still go wrong, sometimes consuming it in its own experiments. Babangida, for example, misjudged Obasanjo, both as candidate and later as president; the same way Obasanjo misjudged Yar’Adua and was already regretting his role in the late president’s emergence before he died.

The selection default mode appears to be serviceability to the appointors. Usefulness to the country or the task at hand is incidental. Whatever happens in the next few weeks, just as surely as the apple doesn’t fall far away from the tree, it’s improbable that history would disappoint.