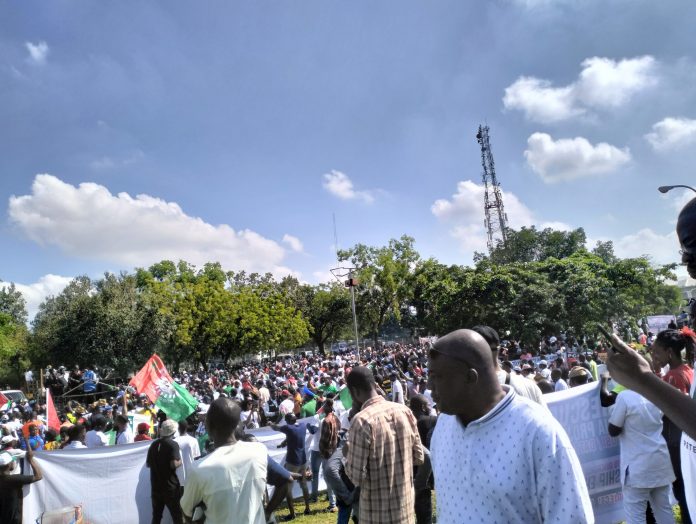 Supporters of Peter Obi, Labour Party (LP) presidential candidate on Saturday took to the streets of Abuja during a rally.

The mammoth crowd which gathered at the Unity Foundation before proceeding in their numbers to the Moshood Abiola National Stadium amid heavy security at the nation’s capital.

Officers of the Nigeria Police Force (NPF) and Federal Roads Safety Corps (FRSC) were seen on providing security and controlling the traffic.

Opponents of the former Anambra governor argue that the politician from the South-East geo-political lacks the nationwide structure to win a presidential election.

Since the remark was made young Nigerians who are mainly his supporters began mobilising to pass a message that they are the structures in place with high hopes of returning the country to the path of progress, peace and stability.