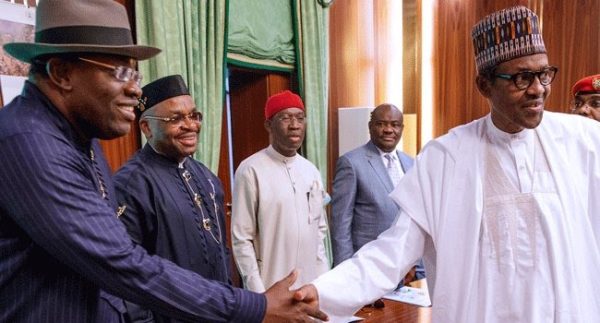 Governors of the south-south region say they have resolved to join the suit challenging the Federal Inland Revenue Service (FIRS) on the collection of value-added tax (VAT).

Ifeanyi Okowa, governor of Delta and the chairman of the south-south governors’ forum, disclosed this on Monday, after the forum’s meeting in Rivers state.

Over the past weeks, the FIRS and some state governments have been in a legal tussle over VAT collection.

Rivers and Lagos state governments have enacted laws and called for decentralisation of collection, while some states want centralised collection.

The legal tussle followed the judgment of the federal high court in Port Harcourt, which restrained the FIRS from collecting VAT and personal income tax (PIT) in Rivers state.

At the lower court, the FIRS had appealed for a stay of execution, but the court dismissed it on the basis that it would “negate the principle of equity”.

Lagos had subsequently joined the suit to challenge the FIRS, but some northern states are considering joining the suit in support of FIRS over the collection of VAT.

Reacting to the development, the south-south governors said they “unequivocally” support the decision for states to collect VAT.

“The council unequivocally supports the decision for states to collect value-added tax and resolved to join the suit before the supreme court,” Okowa said.

The governors also said the forum has approved the establishment of a regional security outfit, which would be launched very soon.

The forum asked President Muhammadu Buhari and the national assembly to review some “unfair” aspects of the Petroleum Industry Act (PIA) to ensure fairness and equity.

The governors said the amendment to the PIA “should include a clear definition of host communities and that trustees should be appointed by state governments”.

The forum called for the constitution of the Niger Delta Development Commission (NDDC) board, and expressed the hope that the federal government will make the forensic report of the NDDC public.

Other governors present at the meeting were Duoye Diri of Bayelsa, Nyesom Wike of Rivers, Godwin Obaseki of Edo, and Emmanuel Udom of Akwa Ibom.