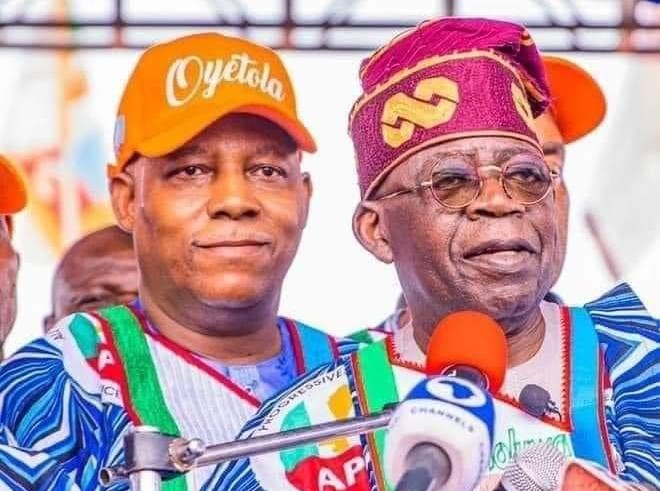 If the presidential flag bearer of the All Progressives Congress (APC) Asiwaju Bola Ahmed Tinubu thought a placeholder would be a lightning rod, and maybe soften the blow of his final decision, he has seen by now that he is mistaken. There is a gathering storm.

Those who are mad at him are not only upset by his decision on Tuesday, they are doubly upset that it took him five weeks to decide what they always suspected he would do: pick a Muslim running mate to complete what is now Nigeria’s first Muslim-Muslim ticket in nearly 30 years.

Why is Tinubu’s choice a problem? In a multi-religious, multi-ethnic country like Nigeria where balancing has become an article of political faith, they argue, it smacks of insensitivity for the ruling party to choose two of its leading candidates from one religion. The unintended message is that adherents of other faiths – even non-adherents of any faith – can go to hell.

It is more than that, they insist. Apart from religious disrespect, there is also the argument that the assumption by the Tinubu camp that Northern Muslims won’t vote a Muslim-Christian ticket is baseless. They recall that Nigeria’s last president, Goodluck Jonathan, a Christian, defeated a Muslim candidate and was overwhelmingly installed by northern vote, a story Jonathan also shares in common with former President Olusegun Obasanjo.

And then, there’s the part that runs even deeper, grating unspoken, deep-seated rancour in Christian circles: Christians under President Muhammadu Buhari have been at the receiving end of the most vicious and deadly attacks, often in an atmosphere that suggests if not official complicity, then at least narcissistic indifference.

It would be hypocrisy to dismiss these concerns or to meet them with a casual response that the aggrieved should look elsewhere. Interestingly those, like me, who think that religion should have no place in politics are in the minority not just here, but around the world where according to a Pew Research Centre 2012 study 5.8 billion people still profess faith in one religion or another.

While the former explains why identity politics is the new nationalism in modern politics, the latter chides secular people who are at loss for the grip of religion on politics.

Of the three spheres of influence in human development – technical problems; policy problems; and identity problems – Harari wrote, while religion has receded in the first two, replaced largely by advances in research, science and rational thinking with more beneficial outcomes, it still dominates identity politics. Regrettably, however, in this area where god serves man, the result has been more harm than good.

Tinubu did not claim Harari in his choice of Senator Kashim Shettima as running mate. He didn’t need to. Eight years ago, when he teamed up with Buhari to form APC which brought the Peoples Democratic Party’s (PDP’s) 16-year reign to an end, he told Candidate Buhari who had agreed to choose him as running mate, that he didn’t think a Muslim-Muslim ticket was a problem. In order words, for Tinubu, nothing has changed.

Yet, he himself would admit that the country has changed. It has become far more divided along ethnic and religious lines than it was at any other time in recent history. It would be unfair to heap all the blame on Buhari. The causes have been both internal and external. Also, Boko Haram’s redefinition of apostasy infused a deadlier strain in religious attacks than was the case before Buhari took power.

But his nepotism and shambolic temporising have inflamed ethnic and religious politics. His style, if it can be called style, has increased the salience and frequency of attacks to a level hardly experienced before or even thought likely. Tinubu, his biggest cheerleader, bears vicarious responsibility for Buhari’s disastrous performance.

The consequences of that poor performance are that they have reinforced the incorrect notions that 1) there is a causal link between Buhari’s religion and the upsurge in violent Islamic extremism, especially targeted at Christians 2) that a Muslim-Christian ticket is required to mitigate this perceived trend and 3) that large swaths of Muslims have either been spared the misery of the violent attacks and misrule or have benefitted disproportionately from the current dispensation.

The word, incorrect, dignifies these notions. They’re simply absurd. If religion were the talisman against banditry, kidnapping, terrorism and all of its hideous franchises, Buhari’s home state, Katsina – a predominantly Muslim state – would not be among the most besieged as it currently is. Nor would Zamfara state be contemplating arming citizens to defend themselves.

Buhari’s famous magical hold over the captive millions among the northern poor has been as useless in availing them of a better life in the last seven years as has been his subscription to his Muslim faith. Religion has failed his followers, as it inevitably does, leaving them only with forlorn hope and excuses.

And why, in any case, has the present Muslim-Christian combination of Buhari and Osinbajo not saved Christians from attacks, if such a ticket were the only remedy? I know as many Muslims who are absolutely dissatisfied with Buhari’s performance as there are Christians and non-believers who would be happy to crucify Buhari if they caught him in a deserted street corner.

Unfortunately, where Japan’s state Shinto has been corralled to underpin development in one of the world’s most advanced countries, religion in Buhari’s Nigeria, has proved a perfect alibi for his government’s incompetence.

I’m not suggesting that there aren’t Muslims that have taken stupendous advantage of Buhari’s presidency the same way a bully might use the name of his notorious Big Brother to terrorise the neighbourhood. But such persons have done so not necessarily because Buhari is a Muslim but more likely because his incompetence indulges them.

And what about the point that Northern Christians voted Jonathan in 2011 and may have done so again if Tinubu’s running mate were a Christian? It’s a different ball game here. Jonathan and Obasanjo were the candidates, not the running mates.

A number of studies including one of the most cited ones by Christopher Devine and Kyle Kopko, entitled, Do running mates matter, are hard pressed to explain why a position so insignificant can at the same time be perceived as so consequential. The authors found evidence of limited direct effect on electoral outcomes.

Any serious risk of collateral damage in the present case should be a valid concern for Tinubu and members of his party. But such a concern should be based, not on emotions or what happened over a decade ago which may have been undermined by demographic changes, but on evidence.

By the way, my guess is that of the two candidates of the main political parties – Tinubu and Atiku Abubakar (PDP) – if anyone is likely going to be significantly affected by a Northern switch in allegiance it could be Abubakar.

Reason? Peter Obi, his running mate in 2019, offers a potent rallying point for Christians in the North, for Igbos residing there, and across the country. If Tinubu gets his electoral maths wrong, he would, of course, pay the price. But that, in my view, would be not a consequence of poor religious foresight, but one of electoral miscalculation and the sum total of what he represents a candidate.

In a country with roughly fifty-fifty Christian-Muslim population, there are many Christian leaders and even ordinary Christians who feel genuinely afraid, if not offended, by the prospects of a Tinubu-Shettima presidency after a Buhari one. But there are also a number of them for whom having a “fellow believer” on the ticket is just a matter of group outreach, a way to avenge opportunism.

Under Jonathan, for example, how did the ordinary Christian faithful benefit from the multiplication of private jets (among the Christian clergy) a few of which were used to convey cash and arms in a regime of discretionary airport parking fees and waivers?

Tinubu is in this race to win. He would do what he has to do to win and if he thinks that includes finding a Muslim or Buddhist monk to run with, that is it.

Registered voters, on the other hand, are not bereft. And the sooner they stopped allowing vested interests to swindle them by framing Tinubu’s choice as a bereavement, the better for them. As things stand today, among the frontline parties, there are Muslim-Muslim; Muslim-Christian; and Christian-Muslim tickets.

Unfortunately, instead of focusing on the wreckage of insecurity, poverty, unemployment, brain drain and debt that Buhari’s government will leave behind, we’re chasing shadows.

The only way to punish any candidate – for ultimately it is the candidate who bears responsibility – is to measure them against the wreckage that stares us in the face. Voters may then choose, with clear line of sight, the candidate that can start to clear the mess.