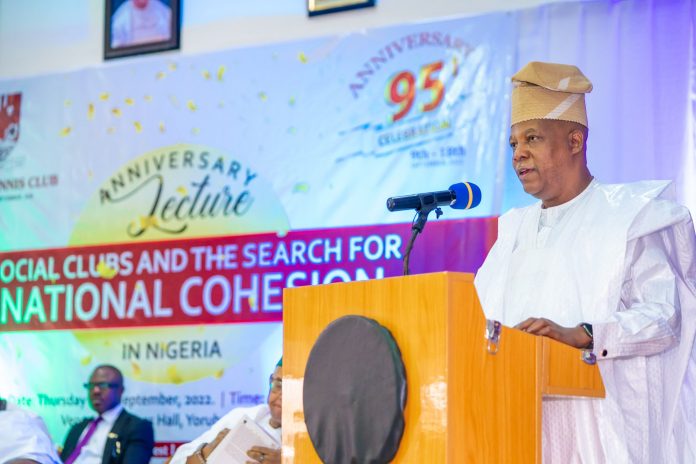 Kashim Shettima, the vice presidential candidate of the All Progressive Congress (APC) says his principal Bola Tinubu has the traits of past Nigerian leaders which the country needs.

Mr Shettima stated this on Thursday when he attended the 96th anniversary lecture of Yoruba Tennis Club in Lagos State.

Out of the past leaders, two of them are regarded as the worst to have governed the country.

While Mr Abacha is largely regarded as a looter who plundered the country treasury, most of which are still be retrieved from the foreign countries where they are stashed, Mr Buhari is seen as an incompetent leader having failed to deliver on his campaign promises of fighting corruption, insecurity and stabilizing the worsening state of the economy.

Speaking at the event, the Borno former governor said the APC candidate has the qualities which the country needs at this trying times.

“We are convinced that the general political situation in Nigeria needs the competencies of a detribalised and committed Nigerian like Tinubu to re-ignite the requisite values that can help us rededicate ourselves and all Nigerians to collectively tackle the challenges of national cohesion,” the News Agency of Nigeria (NAN) quoted him as saying.

“In 2023, we need a Nigerian leader that has the humility and generosity of spirit of the likes of general Yakubu Gowon. We need a leader that has abnegation and commitment of Muhammadu Buhari.

“We need a leader that has established such records of excellence and commitment to good governance. There is no one, with all due respect, that fits this better than Asiwaju Bola Ahmed Tinubu,” Mr Shettima added.