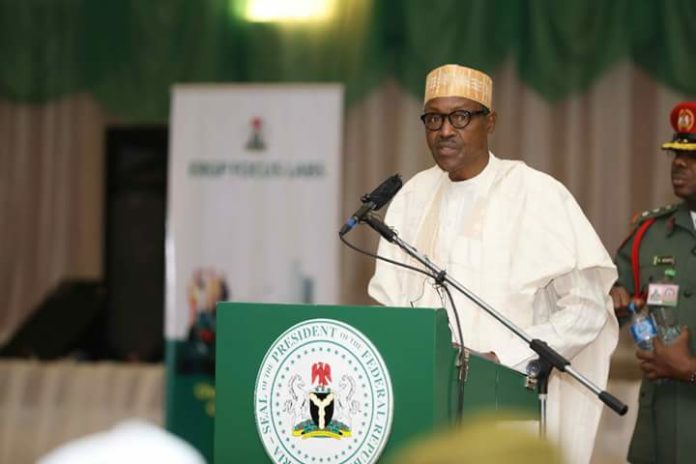 President Muhammadu Buhari has said those who refer to him as ‘baba go slow’ will see wether he is slow or not during his second term.

Mr Buhari stated this on Monday while granting a special interview to the National Television Authority (NTA).

The president was first adjudged to be slow when he did not immediately appoint ministers in 2015 when he took over power.

His action was said to have shattered the economy of the country which latter went into recession.

His electoral victory at the time was the first time an opposition candidate will unseat a sitting president.

Addressing issues of insecurity during the interview, Buhari said he intends to tackle security at the grassroot level by overseeing that the Nigeria Police is reorganised to ensure maximum security.

He also expressed displeasure over the slow pace of the judiciary in prosecuting alleged corrupt individuals, saying the third tier of government will be restructured in areas of prosecution to move faster when he is sworn in.

“I will try to make the police and the judiciary much more efficient,” Buhari said when asked what he will do differently when he begins his second term.

“I don’t know what you make of me but all those who call me baba go slow will see wether I’m slow or fast,” he said.

When queried for more clarification, he said: “It means that I will fast forward the police and the judiciary to be hard.

“And where I uncover that they are not hard, I will try and trace who is responsible for the slowness, in terms of commanders of police from DPO upward,” he added.

The president urged Nigerians to henceforth expose the criminals in their neighborhoods to help the government provide adequate security which will inturn attract foreign entrepreneurs to come and invest in the country, create factories and employ those without jobs.