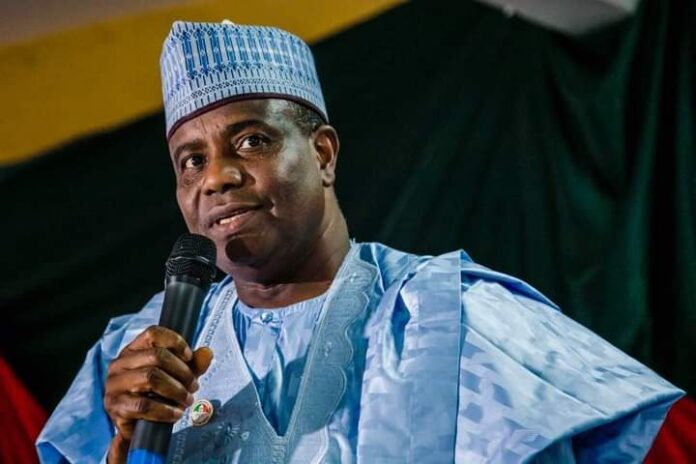 Governor Aminu Tambuwal of Sokoto State has declared interest in the 2023 presidential race.

Mr Tambuwal, made this known Monday evening after a high-level stakeholders meeting in Sokoto, the state capital.

With his declaration, he is the second Northerner to do so after former Senate President Bukola Saraki.

The governor will battle for the ticket of the Peoples Democratic Party (PDP) who at the weekend sidelined zoning its ticket, throwing the contest open to aspirants from all parts of the country.

He promised that his experience as a governor and a former speaker of the House of Representatives will assist it solve the problems of the country.

Governor Nyesom Wike of Rivers who is described as the financial backbone of the opposition party is reportedly supporting the candidacy of his Sokoto State counterpart.