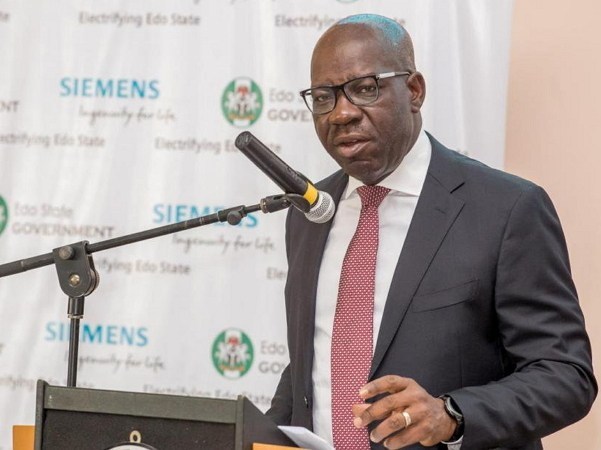 Governor Godwin Obaseki of Edo State has warned his colleagues in the Southern part of the country to stop playing politics with open grazing.

Mr Obaseki who gave the warning on Monday at a stakeholders town hall meeting in Benin, the state capital, said laws enacted to combat open grazing of cattle by herdsmen in Southern states were not enforceable.

The Southern Governors’ Forum during its Asaba Meeting in May banned open grazing and in its subsequent meeting in Lagos fixed September 1 as deadline for implementation by member states.

Already, Lagos, Akwa Ibom, Ondo, Enugu and Delta states are among eleven states that have so far compiled. Giving his reason for not joining the bandwagon, Mr Obaseki said it was senseless for his administration to enact a law that will not be enforced hence his decision not to.

The Edo helmsman said his colleagues were politicising the policy which they said was causing insecurity and food shortage in the South by refusing to carry along herdsmen, some of whom he said are legitimate in their dealings.

“We are one of the few states that have not signed the bill into law, and the reason is simple,” Mr Obaseki said. “To sign a law is very simple, it doesn’t make sense to put out a law you cannot enforce.

“The best way of enforcing a law is to bring everybody together to be part of that law. We have a crisis in our country, it is deeply rooted, there are different causes why these are happening, let us go to the root of the causes and resolve it from there.

“People have said that we have lived a hundred years together in harmony before now, why are we now having this problem today.

“If we don’t go to the reason why, then we will be scratching the surface. Let us start by understanding why we are having this challenge. To sign a law is very easy, it doesn’t make sense to put out a law that you cannot enforce.

“As long as we have decided that we will eat meats and drink milk, we will now have to sit down and rearrange the business on how we will get the people who are producing the meat on how they must organise themselves.

“Let us not play politics with this issue, let us deal with this issue honestly and openly. There are security implications because some people have now joined and using these herders to perpetrate insecurity,” he advised.