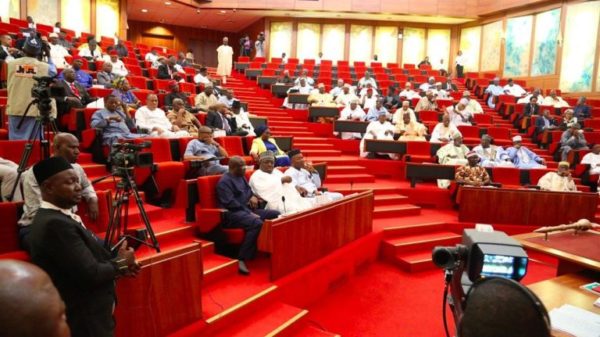 After being criticised severely by Nigerians, the Senate has backtracked from allowing the Independent National Electoral Commission (INEC) to determine the mode of transmitting election results.

The red chamber had in July approved that the electoral body which is said to be independent had no sole right to determine mode of transmitting election results without the approval of the Nigerian Communications Commission (NCC), a decision many Nigerians saw as allowing the interference of the executive arm of government in future elections.

The decision angered many Nigerians who lambasted the upper legislative chamber with most of them rejuvenating the rubber stamp tag it had earlier branded the Ahmad Lawan-led National Assembly due to its smooth relationship with the executive arm headed by President Muhammadu Buhari.

At plenary on Tuesday, the red chamber rescind it earlier resolution requiring the approval of the NCC before election results could be transmitted electronically after it was put to voice vote by Mr Lawan.