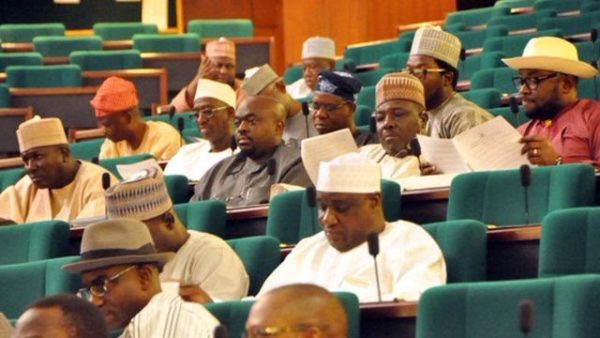 The House of Representatives has approved the proposed N30,000 as new minimum wage.

The lower chamber at the national assembly gave the approval on Tuesday as the bill scaled third reading.

This is after the house had adopted the report by the ad hoc committee set up on the New Minimum Wage Bill presented to the National Assembly by President Muhammadu Buhari on Thursday.

Buhari had in the executive bill sought the approval of N27,000 as against the N30,000 agreed upon by stakeholders.

According to the new law, any employer who fails to pay the new minimum wage shall, on conviction, be liable to “a fine not exceeding five percent of the offender’s minimum wage and pay all outstanding arrears of the workers wages.”

The offender shall also “pay an additional penalty of not less than the Central Bank of Nigeria’s (CBN) lending rate on the wages owed for each month of the continuing violation.”

Regardless, this shall not apply to employers with less than 25 workers, employers whose workers are employed on part-time basis and employers who pay their workers based on commission.

Similarly, the new minimum wage does not apply to “workers in seasonal employment, such as agriculture; and any person employed in a vessel or aircraft, to which the law regulating merchant shipping or civil aviation apply.”

In a related development, the 2019 Appropriation Bill scaled through second reading at the House, at yesterday’s plenary, after which the Speaker, Yakubu Dogara, referred the budget to the House Committee on Appropriations, with all standing committees of the House as sub- committees.

The House had suspended debate on the general principles of the bill, pending the outcome of a meeting of officials of the Ministries of Finance and Budget and National Planning, which it directed to reconcile discrepancies in the budget estimates.

When the appropriation bill was called up for debate at yesterday’s plenary, the speaker said since it was “sufficiently” debated last week, there would be no need for further debate on it.

Thereafter, the house resolved that the bill should be read a second time. It was, however, not clear, at the time of filing this report, if the discrepancies have been reconciled.

The house also adjourned its sitting till february 19.