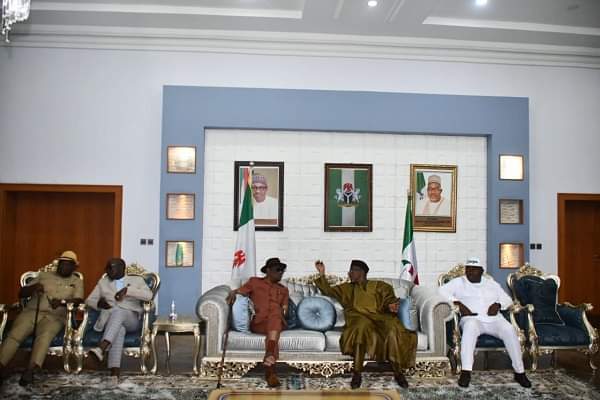 The meeting comes a day after Mr Mohammed met behind closed-door with Atiku Abubakar, the presidential candidate of the opposition party in Abuja.

The Bauchi helmsman is reportedly displeased with the former vice president whom is said to have discarded the governor for contesting as his rival during the presidential primary of the PDP in May.

A member of the aggrieved governors, Seyi Makinde of Oyo State, was noticably absent at the meeting reportedly aimed at wooing the Bauchi governor.

Addressing newsmen, Mr Wike said they are on a solidarity visit to their Bauchi counterpart and also discuss challenges facing his re-election bid.

Mr Mohammed, who expressed willingness to cooperate with the group, appreciated the show of concern and identified some of the issues in his domain as anti-party challenges and treachery.